Case report: the first case of human infection by adult of SPIROMETRA ERINACEIEUROPAEI in VIETNAM 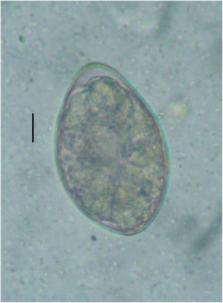 A 23-year-old male was admitted to 103 Military Hospital, Hanoi, Vietnam with fever, weight loss and epigastric discomfort. Preliminary diagnosis based on discovery of parasite eggs in his faeces incorrectly determined a fluke as the agent of the infection and praziquantel was prescribed. Two days later he passed out proglottids in his stool. The tapeworm was identified as Spirometra erinaceieuropaei using morphological and molecular tools.

This is the first case of human infection with adult worm of Spirometra erinaceieuropaei in Vietnam.

Two cases of human infection by adult of Spirometra erinacei