Evaluation of a digital diabetes prevention program adapted for the Medicaid population: Study design and methods for a non-randomized, controlled trial 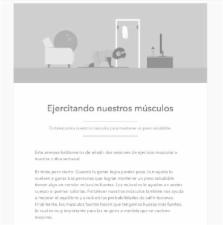 Participants were recruited from three health care facilities serving low-income populations. The inclusion criteria were: a recent blood test indicating prediabetes, body mass index (BMI) > 24 kg/m 2, age 18–75 years, not pregnant, not insured, Medicaid insured or Medicaid-eligible, internet or smartphone access, and comfort reading and writing in English or Spanish. A total of 230 participants were enrolled and started the intervention. Participants' average age was 48 years, average BMI = 34.8, average initial HbA1c = 5.8, 81% were female, and 45% were Spanish speaking. Eighty percent had Medicaid insurance, 18% were uninsured, and 2% were insured by a medical safety net plan.

Participants completed a health assessment including measured anthropometrics, HbA1c test, and self-report questionnaires at baseline, 6 and 12 months. The 52-week digital diabetes prevention program included weekly educational curriculum, human health coaching, connected tracking tools, and peer support from a virtual group. Qualitative data on implementation was collected with semi-structured interviews with key informants to understand the barriers, keys to success, and best practices in the adoption of the program within the clinical setting.

This paper describes the study design and methodology of a digital diabetes prevention program and early lessons learned related to recruitment, enrollment, and data collection.

Design and implementation of the Hispanic Community Health Study/Study of Latinos.

Paul Sorlie,  Larissa Avilés-Santa,  Sylvia Wassertheil‐Smoller … (2010)
The Hispanic Community Health Study (HCHS)/Study of Latinos (SOL) is a comprehensive multicenter community based cohort study of Hispanics/Latinos in the United States. The Study rationale, objectives, design, and implementation are described in this report. The HCHS/SOL will recruit 16,000 men and women who self-identify as Hispanic or Latino, 18 to 74 years of age, from a random sample of households in defined communities in the Bronx, Chicago, Miami, and San Diego. The sites were selected so that the overall sample would consist of at least 2000 persons in each of the following origin designations: Mexican, Puerto Rican and Dominican, Cuban, and Central and South American. The study includes research in the prevalence of and risk factors for heart, lung, blood and sleep disorders, kidney and liver function, diabetes, cognitive function, dental conditions, and hearing disorders. The HCHS/SOL will (1) characterize the health status and disease burden in the largest minority population in the United States; (2) describe the positive and negative consequences of immigration and acculturation of Hispanics/Latinos to the mainstream United States life-styles, environment and health care opportunities; and (3) identify likely causal factors of many diseases in a population with diverse environmental exposures, genetic backgrounds, and early life experiences. Published by Elsevier Inc.

Access, interest, and attitudes toward electronic communication for health care among patients in the medical safety net.

Ling Cheung,  Urmimala Sarkar,  Adam Schickedanz … (2013)
Electronic and internet-based tools for patient-provider communication are becoming the standard of care, but disparities exist in their adoption among patients. The reasons for these disparities are unclear, and few studies have looked at the potential communication technologies have to benefit vulnerable patient populations. To characterize access to, interest in, and attitudes toward internet-based communication in an ethnically, economically, and linguistically diverse group of patients from a large urban safety net clinic network. Observational, cross-sectional study Adult patients (≥ 18 years) in six resource-limited community clinics in the San Francisco Department of Public Health (SFDPH) MAIN MEASURES: Current email use, interest in communicating electronically with health care professionals, barriers to and facilitators of electronic health-related communication, and demographic data-all self-reported via survey. Sixty percent of patients used email, 71 % were interested in using electronic communication with health care providers, and 19 % reported currently using email informally with these providers for health care. Those already using any email were more likely to express interest in using it for health matters. Most patients agreed electronic communication would improve clinic efficiency and overall communication with clinicians. A significant majority of safety net patients currently use email, text messaging, and the internet, and they expressed an interest in using these tools for electronic communication with their medical providers. This interest is currently unmet within safety net clinics that do not offer a patient portal or secure messaging. Tools such as email encounters and electronic patient portals should be implemented and supported to a greater extent in resource-poor settings, but this will require tailoring these tools to patients' language, literacy level, and experience with communication technology.

Issues in health reform: how changes in eligibility may move millions back and forth between medicaid and insurance exchanges.

Mark Sommers,  Sara Rosenbaum (2011)
The Affordable Care Act will extend health insurance coverage by both expanding Medicaid eligibility and offering premium subsidies for the purchase of private health insurance through state health insurance exchanges. But by definition, eligibility for these programs is sensitive to income and can change over time with fluctuating income and changes in family composition. The law specifies no minimum enrollment period, and subsidy levels will also change as income rises and falls. Using national survey data, we estimate that within six months, more than 35 percent of all adults with family incomes below 200 percent of the federal poverty level will experience a shift in eligibility from Medicaid to an insurance exchange, or the reverse; within a year, 50 percent, or 28 million, will. To minimize the effect on continuity and quality of care, states and the federal government should adopt strategies to reduce the frequency of coverage transitions and to mitigate the disruptions caused by those transitions. Options include establishing a minimum guaranteed eligibility period and "dually certifying" some plans to serve both Medicaid and exchange enrollees.