The Beast from the East: impact of an atypical cold weather event on hydrology and nutrient dynamics in two Irish catchments 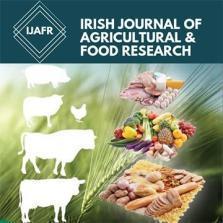 A historic lack of continuous stream nutrient monitoring at the catchment scale limits understanding of the effects of snowstorms. The most significant snowstorm since 1985, nicknamed “the Beast from the East”, occurred in February–March 2018. High-frequency stream outlet monitoring in two close but hydrologically and agriculturally contrasting catchments (<1,200 ha) captured phosphorus (total and reactive), total oxygenated nitrogen (TON), temperature and discharge dynamics during and after the event. The grassland catchment consists of poorly drained gley soils and exhibits overland flow pathways, while the arable catchment consists of well-drained brown earths and is dominated by subsurface pathways. Nitrate (NO 3-N) concentrations were initially elevated (3.50 and 7.89 mg/L for poorly drained grassland and well-drained arable catchments, respectively) before becoming diluted by meltwater. Total reactive phosphorus (TRP) displayed a distal (anti-clockwise) concentration-discharge hysteresis in the poorly drained grassland catchment suggesting low mobilisation from the soil. Conversely, the well-drained arable catchment displayed proximal (clockwise) hysteresis, indicative of the mobilisation from stream and bank sediment. These relatively infrequent snow events behave similarly to heavy rainfall as regards nutrient losses, albeit subject to a time-lag induced by the speed of snowmelt and the soil moisture deficit (SMD) prior to snowfall. Antecedent land management is crucial to mitigate risk. The current absence of records and analyses of catchment response, particularly nutrient dynamics, to atypical cold weather events in Ireland limits understanding of their effects on water quality. The present study provides the first such baseline information from which land management strategies and the implications for attaining environmental targets can be explored.

The seasonality of phosphorus transfers from land to water: implications for trophic impacts and policy evaluation.

Philip Jordan,  A.R. Melland,  P.-E. Mellander … (2012)
The Nitrates Directive regulations are a Programme of Measures under the EU Water Framework Directive to protect waters from agricultural transfers of nitrogen and phosphorus. Soil phosphorus management to an agronomic optimum and closed winter periods for organic and inorganic fertiliser amendments are among a suite of policy measures to curtail diffuse pollution at catchment scale. In this investigation, two intensive grassland and two arable catchments (7-12 km(2)) in the Republic of Ireland were studied to link a high resolution spatial survey (≤2 ha) of soil P availability with P delivery in receiving rivers; monitored on a sub-hourly basis over one year. Data indicated that source risk, as defined by soil P availability and organic P loading, was less important than mobilisation and hydrological transfer potential which increased delivery due to runoff flashiness as described by a hydrological metric during the winter. Overall, however, annual TP loads were low to moderate (0.175 to 0.785 kg ha(-1) yr(-1)). The data also highlighted, without exception, the influences of summer background P loading and subsequent ecologically significant P concentrations from persistent point sources. This may have implications for expected ecological status and recovery in these catchments, which appeared more at risk in catchments with little buffering in terms of summer base flow dilution. Wetter winters and drier summers under climate change scenarios would likely increase stream P concentrations both during storms and during baseflows and would be particularly magnified in those catchments with flashy runoff and suppressed baseflow. These seasonal insights into source-to-delivery functions and risk (re)assessment were only possible with high resolution (spatial and temporal) data collection and will be important in influencing expectations of policies that are evaluated at larger scales but with coarser resolution sampling.