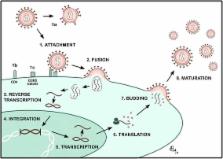 Journal: The Journal of Venomous Animals and Toxins Including Tropical Diseases

Viruses exhibit rapid mutational capacity to trick and infect host cells, sometimes assisted through virus-coded peptides that counteract host cellular immune defense. Although a large number of compounds have been identified as inhibiting various viral infections and disease progression, it is urgent to achieve the discovery of more effective agents. Furthermore, proportionally to the great variety of diseases caused by viruses, very few viral vaccines are available, and not all are efficient. Thus, new antiviral substances obtained from natural products have been prospected, including those derived from venomous animals. Venoms are complex mixtures of hundreds of molecules, mostly peptides, that present a large array of biological activities and evolved to putatively target the biochemical machinery of different pathogens or host cellular structures. In addition, non-venomous compounds, such as some body fluids of invertebrate organisms, exhibit antiviral activity. This review provides a panorama of peptides described from animal venoms that present antiviral activity, thereby reinforcing them as important tools for the development of new therapeutic drugs.

Ali Adem Bahar,  Dacheng Ren (2013)
The rapid increase in drug-resistant infections has presented a serious challenge to antimicrobial therapies. The failure of the most potent antibiotics to kill “superbugs” emphasizes the urgent need to develop other control agents. Here we review the history and new development of antimicrobial peptides (AMPs), a growing class of natural and synthetic peptides with a wide spectrum of targets including viruses, bacteria, fungi, and parasites. We summarize the major types of AMPs, their modes of action, and the common mechanisms of AMP resistance. In addition, we discuss the principles for designing effective AMPs and the potential of using AMPs to control biofilms (multicellular structures of bacteria embedded in extracellular matrixes) and persister cells (dormant phenotypic variants of bacterial cells that are highly tolerant to antibiotics).

Mark Woolhouse,  Fiona Scott,  Zoe Hudson … (2012)
There are 219 virus species that are known to be able to infect humans. The first of these to be discovered was yellow fever virus in 1901, and three to four new species are still being found every year. Extrapolation of the discovery curve suggests that there is still a substantial pool of undiscovered human virus species, although an apparent slow-down in the rate of discovery of species from different families may indicate bounds to the potential range of diversity. More than two-thirds of human viruses can also infect non-human hosts, mainly mammals, and sometimes birds. Many specialist human viruses also have mammalian or avian origins. Indeed, a substantial proportion of mammalian viruses may be capable of crossing the species barrier into humans, although only around half of these are capable of being transmitted by humans and around half again of transmitting well enough to cause major outbreaks. A few possible predictors of species jumps can be identified, including the use of phylogenetically conserved cell receptors. It seems almost inevitable that new human viruses will continue to emerge, mainly from other mammals and birds, for the foreseeable future. For this reason, an effective global surveillance system for novel viruses is needed.

Ernesto Ortiz,  Georgina Gurrola,  Elisabeth Ferroni Schwartz … (2014)
Scorpions are well known for their dangerous stings that can result in severe consequences for human beings, including death. Neurotoxins present in their venoms are responsible for their toxicity. Due to their medical relevance, toxins have been the driving force in the scorpion natural compounds research field. On the other hand, for thousands of years, scorpions and their venoms have been applied in traditional medicine, mainly in Asia and Africa. With the remarkable growth in the number of characterized scorpion venom components, several drug candidates have been found with the potential to tackle many of the emerging global medical threats. Scorpions have become a valuable source of biologically active molecules, from novel antibiotics to potential anticancer therapeutics. Other venom components have drawn attention as useful scaffolds for the development of drugs. This review summarizes the most promising candidates for drug development that have been isolated from scorpion venoms.