Management and Prevention of Saphenous Vein Graft Failure: A Review 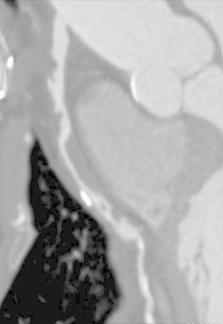 Coronary artery bypass grafting (CABG) remains a vital treatment for patients with multivessel coronary artery disease (CAD), especially diabetics. The long-term benefit of the internal thoracic artery graft is well established and remains the gold standard for revascularization of severe CAD. It is not always possible to achieve complete revascularization through arterial grafts, necessitating the use of saphenous vein grafts (SVG). Unfortunately, SVGs do not have the same longevity, and their failure is associated with significant adverse cardiac outcomes and mortality. This paper reviews the pathogenesis of SVG failure, highlighting the difference between early, intermediate, and late failure. It also addresses the different surgical techniques that affect the incidence of SVG failure, as well as the medical and percutaneous prevention and treatment options in contemporary practice.

A randomized trial of therapies for type 2 diabetes and coronary artery disease.

,  Jesse Goldberg,  Saul Genuth … (2009)
Optimal treatment for patients with both type 2 diabetes mellitus and stable ischemic heart disease has not been established. We randomly assigned 2368 patients with both type 2 diabetes and heart disease to undergo either prompt revascularization with intensive medical therapy or intensive medical therapy alone and to undergo either insulin-sensitization or insulin-provision therapy. Primary end points were the rate of death and a composite of death, myocardial infarction, or stroke (major cardiovascular events). Randomization was stratified according to the choice of percutaneous coronary intervention (PCI) or coronary-artery bypass grafting (CABG) as the more appropriate intervention. At 5 years, rates of survival did not differ significantly between the revascularization group (88.3%) and the medical-therapy group (87.8%, P=0.97) or between the insulin-sensitization group (88.2%) and the insulin-provision group (87.9%, P=0.89). The rates of freedom from major cardiovascular events also did not differ significantly among the groups: 77.2% in the revascularization group and 75.9% in the medical-treatment group (P=0.70) and 77.7% in the insulin-sensitization group and 75.4% in the insulin-provision group (P=0.13). In the PCI stratum, there was no significant difference in primary end points between the revascularization group and the medical-therapy group. In the CABG stratum, the rate of major cardiovascular events was significantly lower in the revascularization group (22.4%) than in the medical-therapy group (30.5%, P=0.01; P=0.002 for interaction between stratum and study group). Adverse events and serious adverse events were generally similar among the groups, although severe hypoglycemia was more frequent in the insulin-provision group (9.2%) than in the insulin-sensitization group (5.9%, P=0.003). Overall, there was no significant difference in the rates of death and major cardiovascular events between patients undergoing prompt revascularization and those undergoing medical therapy or between strategies of insulin sensitization and insulin provision. (ClinicalTrials.gov number, NCT00006305.) 2009 Massachusetts Medical Society