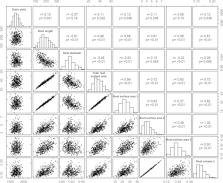 P acquisition efficiency was the most important component of P efficiency, and both traits were highly correlated with grain yield under low P availability. Root surface area was positively associated with grain yield. The guinea parent, SC283, contributed 58% of all favorable alleles detected by single-trait mapping. Multi-trait mapping detected 14 grain yield and/or root morphology QTLs. Tightly linked or pleiotropic QTL underlying the surface area of fine roots (1–2 mm in diameter) and grain yield were detected at positions 1–7 megabase pairs (Mb) and 71 Mb on chromosome 3, respectively, and a root diameter/grain yield QTL was detected at 7 Mb on chromosome 7. All these QTLs were near sorghum homologs of the rice serine/threonine kinase, OsPSTOL1. The SbPSTOL1 genes on chromosome 3, Sb03g006765 at 7 Mb and Sb03g031690 at 60 Mb were more highly expressed in SC283, which donated the favorable alleles at all QTLs found nearby SbPSTOL1 genes. The Al tolerance gene, SbMATE, may also influence a grain yield QTL on chromosome 3. Another PSTOL1-like gene , Sb07g02840, appears to enhance grain yield via small increases in root diameter. Co-localization analyses suggested a role for other genes, such as a sorghum homolog of the Arabidopsis ubiquitin-conjugating E2 enzyme, phosphate 2 ( PHO2), on grain yield advantage conferred by the elite parent, BR007 allele.

C S Haley, S Knott (1992)
The use of flanking marker methods has proved to be a powerful tool for the mapping of quantitative trait loci (QTL) in the segregating generations derived from crosses between inbred lines. Methods to analyse these data, based on maximum-likelihood, have been developed and provide good estimates of QTL effects in some situations. Maximum-likelihood methods are, however, relatively complex and can be computationally slow. In this paper we develop methods for mapping QTL based on multiple regression which can be applied using any general statistical package. We use the example of mapping in an F(2) population and show that these regression methods produce very similar results to those obtained using maximum likelihood. The relative simplicity of the regression methods means that models with more than a single QTL can be explored and we give examples of two lined loci and of two interacting loci. Other models, for example with more than two QTL, with environmental fixed effects, with between family variance or for threshold traits, could be fitted in a similar way. The ease, speed of application and generality of regression methods for flanking marker analysis, and the good estimates they obtain, suggest that they should provide the method of choice for the analysis of QTL mapping data from inbred line crosses.

Phosphorus acquisition and use: critical adaptations by plants for securing a nonrenewable resource