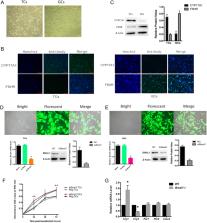 Luteinization is the event of corpus luteum formation, a way of follicle cells transformation and a process of steroidogenesis alteration. As the core clock gene, Bmal1 was involved in the regulation of ovulation process and luteal function afterwards. Till now, the underlying roles of luteinization played by Bmal1 remain unknown. To explore the unique role of Bmal1 in luteal steroidogenesis and its underlying pathway, we investigated the luteal hormone synthesis profile in Bmal1 knockout female mice. We found that luteal hormone synthesis was notably impaired, and phosphorylation of PI3K/NfκB pathway was significantly activated. Then, the results were verified in in vitro cultured cells, including isolated Bmal1 interference granulosa cells (GCs) and theca cells (TCs), respectively. Hormones levels of supernatant culture media and mRNA expressions of steroidogenesis-associated genes ( star, Hsd3β2, cyp19a1 in GCs, Lhcgr, star, Hsd3β2, cyp17a1 in TCs) were mutually decreased, while the phosphorylation of PI3K/NfκB was promoted during in vitro luteinization. After PI3K specific-inhibitor LY294002 intervention, mRNA expressions of Lhcgr and Hsd3β2 were partially rescued in Bmal1 interference TCs, together with significantly increased androstenedione and T synthesis. Further exploration in TCs demonstrated BMAL1 interacted directly but negatively with NfκB p65 (RelA), a subunit which was supposed as a mediator in Bmal1-governed PI3K signaling regulation. Taken together, we verified the novel role of Bmal1 in luteal steroidogenesis, achieving by negative interplay with RelA-mediated PI3K/NfκB pathway.

B Zheng,  K Kume,  E. S. Maywood … (2000)
We show that, in the mouse, the core mechanism for the master circadian clock consists of interacting positive and negative transcription and translation feedback loops. Analysis of Clock/Clock mutant mice, homozygous Period2(Brdm1) mutants, and Cryptochrome-deficient mice reveals substantially altered Bmal1 rhythms, consistent with a dominant role of PERIOD2 in the positive regulation of the Bmal1 loop. In vitro analysis of CRYPTOCHROME inhibition of CLOCK: BMAL1-mediated transcription shows that the inhibition is through direct protein:protein interactions, independent of the PERIOD and TIMELESS proteins. PERIOD2 is a positive regulator of the Bmal1 loop, and CRYPTOCHROMES are the negative regulators of the Period and Cryptochrome cycles.

Activation of innate immunity system during aging: NF-kB signaling is the molecular culprit of inflamm-aging.

Antero Salminen,  Jari Huuskonen,  Johanna Ojala … (2008)
Innate and adaptive immunity are the major defence mechanisms of higher organisms against inherent and environmental threats. Innate immunity is present already in unicellular organisms but evolution has added novel adaptive immune mechanisms to the defence armament. Interestingly, during aging, adaptive immunity significantly declines, a phenomenon called immunosenescence, whereas innate immunity seems to be activated which induces a characteristic pro-inflammatory profile. This process is called inflamm-aging. The recognition and signaling mechanisms involved in innate immunity have been conserved during evolution. The master regulator of the innate immunity is the NF-kB system, an ancient signaling pathway found in both insects and vertebrates. The NF-kB system is in the nodal point linking together the pathogenic assault signals and cellular danger signals and then organizing the cellular resistance. Recent studies have revealed that SIRT1 (Sir2 homolog) and FoxO (DAF-16), the key regulators of aging in budding yeast and Caenorhabditis elegans models, regulate the efficiency of NF-kB signaling and the level of inflammatory responses. We will review the role of innate immunity signaling in the aging process and examine the function of NF-kB system in the organization of defence mechanisms and in addition, its interactions with the protein products of several gerontogenes. Our conclusion is that NF-kB signaling seems to be the culprit of inflamm-aging, since this signaling system integrates the intracellular regulation of immune responses in both aging and age-related diseases.