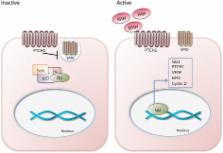 Cancer poses a serious health problem in society and is increasingly surpassing cardiovascular disease as the leading cause of mortality in the United States. Current therapeutic strategies for cancer are extreme and harsh to patients and often have limited success; the danger of cancer is intensified as it metastasizes to secondary locations such as lung, bone, and liver, posing a dire threat to patient treatment and survival. Hedgehog signaling is an important pathway for normal development. Initially identified in Drosophila, the vertebrate and mammalian equivalent of the pathway has been studied extensively for its role in cancer development and progression. As this pathway regulates key target genes involved in development, its action also allows for the modulation of the microenvironment to prepare a tumor-suitable niche by manipulating tumor cell growth, differentiation, and immune regulation, thus creating an enabling environment for progression and metastasis. In this review, we will summarize recent scientific discoveries reporting the impact of the Hedgehog signaling pathway on the tumor initiation process and metastatic cascade, shedding light on the ability of the tumor to take over a mechanism crucially intended for development and normal function.

L Ouyang,  Z. Shi,  S. Zhao … (2012)
Programmed cell death (PCD), referring to apoptosis, autophagy and programmed necrosis, is proposed to be death of a cell in any pathological format, when mediated by an intracellular program. These three forms of PCD may jointly decide the fate of cells of malignant neoplasms; apoptosis and programmed necrosis invariably contribute to cell death, whereas autophagy can play either pro-survival or pro-death roles. Recent bulk of accumulating evidence has contributed to a wealth of knowledge facilitating better understanding of cancer initiation and progression with the three distinctive types of cell death. To be able to decipher PCD signalling pathways may aid development of new targeted anti-cancer therapeutic strategies. Thus in this review, we present a brief outline of apoptosis, autophagy and programmed necrosis pathways and apoptosis-related microRNA regulation, in cancer. Taken together, understanding PCD and the complex interplay between apoptosis, autophagy and programmed necrosis may ultimately allow scientists and clinicians to harness the three types of PCD for discovery of further novel drug targets, in the future cancer treatment. © 2012 Blackwell Publishing Ltd.

Takashi Shimokawa,  Rune Toftgård,  Matthias Lauth … (2007)
The developmentally important Hedgehog (Hh) signaling pathway has recently been implicated in several forms of solid cancer. Current drug development programs focus on targeting the protooncogene Smoothened, a key transmembrane pathway member. These drug candidates, albeit promising, do not address the scenario in which pathway activation occurs downstream of Smoothened, as observed in cases of medulloblastoma, glioma, pericytoma, breast cancer, and prostate cancer. A cellular screen for small-molecule antagonists of GLI-mediated transcription, which constitutes the final step in the Hh pathway, revealed two molecules that are able to selectively inhibit GLI-mediated gene transactivation. We provide genetic evidence of downstream pathway blockade by these compounds and demonstrate the ineffectiveness of upstream antagonists such as cyclopamine in such situations. Mechanistically, both inhibitors act in the nucleus to block GLI function, and one of them interferes with GLI1 DNA binding in living cells. Importantly, the discovered compounds efficiently inhibited in vitro tumor cell proliferation in a GLI-dependent manner and successfully blocked cell growth in an in vivo xenograft model using human prostate cancer cells harboring downstream activation of the Hh pathway.

Thomas Brabletz,  Riccardo Fodde (2007)
Stem cells are defined by their intrinsic capacity to self-renew and differentiate. Cancer stem cells retain both these features but have lost homeostatic mechanisms which maintain normal cell numbers. The canonical Wnt/beta-catenin signaling pathway plays a central role in modulating the delicate balance between stemness and differentiation in several adult stem cell niches such as the hair follicles in the skin, the mammary gland, and the intestinal crypt. Accordingly, constitutive Wnt signaling activation, resulting from mutations in genes encoding its downstream components, underlies tumorigenesis in these tissues. In the majority of sporadic colorectal cancer cases, the rate-limiting event is either loss of APC function or oncogenic beta-catenin mutations. However, although the presence of these initiating mutations would predict nuclear beta-catenin accumulation throughout the tumor mass, heterogeneous intracellular distributions of this key Wnt signaling molecule are observed within primary tumors and their metastases. In particular, tumor cells located at the invasive front and those migrating into the adjacent stromal tissues show nuclear beta-catenin staining. Hence, different levels of Wnt signaling activity reflect tumor heterogeneity and are likely to account for distinct cellular activities such as proliferation and epithelial-mesenchymal transitions, which prompt tumor growth and malignant behavior, respectively. Several intrinsic (cell-autonomous and/or autocrine) and extrinsic (paracrine, derived from the tumor microenvironment) factors may explain this heterogeneity of Wnt/beta-catenin signaling activity within the tumor mass.