Barriers and Facilitators of Adherence to Antiretroviral Drug Therapy and Retention in Care among Adult HIV-Positive Patients: A Qualitative Study from Ethiopia 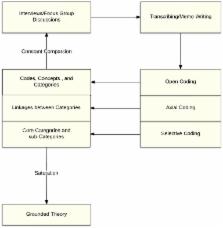 Antiretroviral therapy (ART) has been life saving for hundreds of thousands of Ethiopians. With increased availability of ART in recent years, achievement of optimal adherence and patient retention are becoming the greatest challenges in the management of HIV/AIDS in Ethiopia. However, few studies have explored factors influencing medication adherence to ART and retention in follow-up care among adult Ethiopian HIV-positive patients, especially in the Amhara region of the country, where almost one-third of the country’s ART is prescribed. The aim of this qualitative study was to collect such data from patients and healthcare providers in the Amhara region of Ethiopia.

Semi-structured interviews were conducted with 24 patients, of whom 11 had been lost to follow-up and were non-persistent with ART. In addition, focus group discussions were performed with 15 ART nurses and 19 case managers. All interviews and focus groups were audio-recorded, transcribed, and coded for themes and patterns in Amharic using a grounded theory approach. The emergent concepts and categories were translated into English.

Economic constraints, perceived stigma and discrimination, fasting, holy water, medication side effects, and dissatisfaction with healthcare services were major reasons for patients being non-adherent and lost to follow-up. Disclosure of HIV status, social support, use of reminder aids, responsibility for raising children, improved health on ART, and receiving education and counseling emerged as facilitators of adherence to ART.

Improving adherence and retention requires integration of enhanced treatment access with improved job and food security. Healthcare providers need to be supported to better equip patients to cope with the issues associated with ART. Development of social policies and cooperation between various agencies are required to facilitate optimal adherence to ART, patient retention, and improved patient outcomes.

Interventions to reduce HIV/AIDS stigma: what have we learned?

Jorge L Trujillo-Ochoa,  Lisanne Brown,  Kate MacIntyre (2003)
This article reviews 22 studies that test a variety of interventions to decrease AIDS stigma in developed and developing countries. This article assesses published studies that met stringent evaluation criteria in order to draw lessons for future development of interventions to combat stigma. The target group, setting, type of intervention, measures, and scale of these studies varied tremendously. The majority (14) of the studies aimed to increase tolerance of persons living with HIV/AIDS (PLHA) among the general population. The remaining studies tested interventions to increase willingness to treat PLHA among health care providers or improve coping strategies for dealing with AIDS stigma among PLHA or at-risk groups. Results suggest some stigma reduction interventions appear to work, at least on a small scale and in the short term, but many gaps remain especially in relation to scale and duration of impact and in terms of gendered impact of stigma reduction interventions.

Barriers to antiretroviral adherence for patients living with HIV infection and AIDS in Botswana.

Joseph Makhema,  Dianne Dickenson,  Poloko M. Kebaabetswe … (2003)
Botswana has the highest rate of HIV infection in the world, estimated at 36% among the population aged 15-49 years. To improve antiretroviral (ARV) treatment delivery, we conducted a cross-sectional study of the social, cultural, and structural determinants of treatment adherence. We used both qualitative and quantitative research methodologies, including questionnaires and interviews with patients receiving ARV treatment and their health care providers to elicit principal barriers to adherence. Patient report and provider estimate of adherence (>/=95% doses) were the primary outcomes. One hundred nine patients and 60 health care providers were interviewed between January and July 2000; 54% of patients were adherent by self-report, while 56% were adherent by provider assessment. Observed agreement between patients and providers was 68%. Principal barriers to adherence included financial constraints (44%), stigma (15%), travel/migration (10%), and side effects (9%). On the basis of logistic regression, if cost were removed as a barrier, adherence is predicted to increase from 54% to 74%. ARV adherence rates in this study were comparable with those seen in developed countries. As elsewhere, health care providers in Botswana were often unable to identify which patients adhere to their ARV regimens. The cost of ARV therapy was the most significant barrier to adherence.

Patient-reported barriers and drivers of adherence to antiretrovirals in sub-Saharan Africa: a meta-ethnography.

Harriet Ntalasha,  Elise Kenter,  Oran Mckenzie … (2010)
This meta-ethnography aims at providing a synthesis and an interpretation of the findings of recent social science research on the questions of retention in antiretroviral therapy (ART) programmes in sub-Saharan Africa (SSA). The literature reviewed comprises ethnographic studies of the barriers to adherence to ART in various cultural settings. The results show that the quality of services, treatment-related costs, as well as the need to maintain social support networks - which can be negatively affected by HIV-related stigma - are important barriers to adherence. In addition, they show how African concepts of personhood are incompatible with the way services are conceived and delivered, targeting the individual. In SSA, individuals must balance physical health with social integrity, which is sometimes achieved by referring to traditional medicine. The ability of local concepts of illness to address social relations in addition to health, together with a historically grounded distrust in Western medicine, explains why traditional medicine is still widely used as an alternative to ART.

The study was financially supported by the Tasmanian School of Pharmacy, University of Tasmania. The funders had no role in study design, data collection and analysis, decision to publish, or preparation of the manuscript.