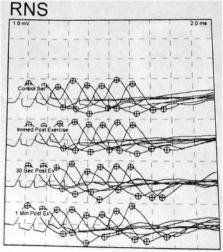 Ceylon krait ( Bungarus ceylonicus) is a venomous elapid snake endemic to Sri Lanka. It inhabits shaded home gardens and forests in the wet zone of Sri Lanka and might creep into houses in the night. Despite frequent encounters with humans, reports of envenoming are very rare.

Senanayake Kularatne (2002)
Common krait (Bungarus caeruleus) is the deadliest snake found commonly in the dry zone of Sri Lanka. In Anuradhapura, 210 farmers bitten by the common krait over a three year period were investigated prospectively from 1 January 1996. The sex ratio was equal, 110 (52%) patients were in the age group 10-30 years. One hundred and one (48%) patients were severely envenomed and needed mechanical ventilation from 12 hours to 29 days (mode two days). The bite occurred at night while the victims were asleep on the floor. In 99 (47%) situations killed specimens were available for identification. The cardinal symptom was abdominal pain developing within hours of the bite. Alteration in the level of consciousness was observed in 150 (71%) patients: drowsy in 91 (43%), semiconscious in 24 (11%), and deep coma in 35 (17%). Autonomic disturbances included transient hypertension, tachycardia, lacrimation, sweating, and salivation. These manifested in 139 (66%) patients with moderate to severe envenomation. One hundred and forty nine (71%) had hypokalaemia and 105 (50%) metabolic acidosis, anterograde memory loss in 84 (40%), and delayed neuropathy in 38 (22%) patients. Polyvalent antivenom had no significant benefit (t = 0.5) in reversing respiratory paralysis and preventing delayed neurological complications. Sixteen (7.6%) patients died and a submucosal haemorrhage in the stomach was seen at necropsy in three cases. Mortality could be minimised with early and free access to mechanical ventilation.

Envenoming by the common krait (Bungarus caeruleus) and Asian cobra (Naja naja): clinical manifestations and their management in a rural setting.

Pramodini Himmatrao Bawaskar,  Himmatrao Bawaskar (2003)
Villagers are commonly poisoned by kraits and cobras in India, and resulting deaths are common. An inadequate understanding of appropriate snakebite treatment often delays proper treatment of those who are bitten. A lack of simple airway management equipment such as resuscitation bags and laryngoscopes compounds the difficulty in treating many patients and increases mortality in neurotoxic (elapid) venom poisoning. This article discusses the clinical signs and symptoms of krait and cobra envenoming and medical intervention in a rural setting. We enrolled 30 subjects of presumed snake envenoming (krait = 23 cases, cobra = 7 cases). Details of the bite site, the subject's activities at the time of the bite, local manifestations, systemic involvement, progress of venom poisoning, and subsequent response to treatment were collected on a standard data form. The type of snake was confirmed either by analyzing the killed specimen or by combining clinical findings and identification by the subject or bystanders when presented with preserved specimens. Of 23 subjects (11 male, 12 female) bitten by kraits, 2 were deceased upon arrival, 7 died in the hospital, and 14 recovered. Of the 14 survivors, 4 required artificial respirations with a resuscitation bag, antivenom, and anticholinesterase drugs. One had a dry bite. The remaining 9 recovered with supportive treatment only. Of 7 subjects (5 male; 2 female) encountering cobras, 2 who had been bitten were deceased upon arrival at the hospital, and 1 died suddenly of an apparent cardiac arrest after seeing a hooded cobra on a road (there was no evidence of a bite site on this individual). Four subjects recovered with antivenon, anticholinesterase drugs, and/or artificial respiration. Early administration of antivenom prevents respiratory paralysis after elapid snake bite. Patients with evidence of respiratory insufficiency after neurotoxic venom poisoning require rapid intubation and artificial ventilation. Anticholinestrase agents may help reverse neuromuscular dysfunction caused by elapid envenoming and may accelerate recovery.

Brent R. Dixon,  Rachel Harris (1999)
We report here original data on the biological basis of prolonged neuromuscular paralysis caused by the toxic phospholipase A2 beta-bungarotoxin. Electron microscopy and immunocytochemical labeling with anti-synaptophysin and anti-neurofilament have been used to show that the early onset of paralysis is associated with the depletion of synaptic vesicles from the motor nerve terminals of skeletal muscle and that this is followed by the destruction of the motor nerve terminal and the degeneration of the cytoskeleton of the intramuscular axons. The postjunctional architecture of the junctions were unaffected and the binding of fluorescein-isothiocyanate-conjugated alpha-bungarotoxin to acetylcholine receptor was not apparently affected by exposure to beta-bungarotoxin. The re-innervation of the muscle fiber was associated by extensive pre- and post-terminal sprouting at 3 to 5 days but was stable by 7 days. Extensive collateral innervation of adjacent muscle fibers was a significant feature of the re-innervated neuromuscular junctions. These findings suggest that the prolonged and severe paralysis seen in victims of envenoming bites by kraits (elapid snakes of the genus Bungarus) and other related snakes of the family Elapidae is caused by the depletion of synaptic vesicles from motor nerve terminals and the degeneration of the motor nerve terminal and intramuscular axons.