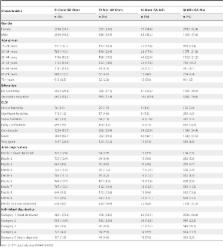 While evidence of the contribution of racial discrimination to ethnic health disparities has increased significantly, there has been less research examining relationships between ascribed racial/ethnic categories and health. It has been hypothesized that in racially-stratified societies being assigned as belonging to the dominant racial/ethnic group may be associated with health advantage. This study aimed to investigate associations between socially-assigned ethnicity, self-identified ethnicity, and health, and to consider the role of self-reported experience of racial discrimination in any relationships between socially-assigned ethnicity and health.

The study identified varying levels of agreement between participants' self-identified and socially-assigned ethnicities. Individuals who reported both self-identifying and being socially-assigned as always belonging to the dominant European grouping tended to have more socioeconomic advantage and experience less racial discrimination. This group also had the highest odds of reporting optimal self-rated health and lower mean levels of psychological distress. These differences were attenuated in models adjusting for socioeconomic measures and individual-level racial discrimination.

The results suggest health advantage accrues to individuals who self-identify and are socially-assigned as belonging to the dominant European ethnic grouping in New Zealand, operating in part through socioeconomic advantage and lower exposure to individual-level racial discrimination. This is consistent with the broader evidence of the negative impacts of racism on health and ethnic inequalities that result from the inequitable distribution of health determinants, the harm and chronic stress linked to experiences of racial discrimination, and via the processes and consequences of racialization at a societal level.

Discrimination and racial disparities in health: evidence and needed research.

Screening for serious mental illness in the general population.

Henry F. Epstein,  Ronald W. Manderscheid,  Eva Hiripi … (2003)
Public Law 102-321 established a block grant for adults with "serious mental illness" (SMI) and required the Substance Abuse and Mental Health Services Administration (SAMHSA) to develop a method to estimate the prevalence of SMI. Three SMI screening scales were developed for possible use in the SAMHSA National Household Survey on Drug Abuse: the Composite International Diagnostic Interview Short-Form (CIDI-SF) scale, the K10/K6 nonspecific distress scales, and the World Health Organization Disability Assessment Schedule (WHO-DAS). An enriched convenience sample of 155 respondents was administered all screening scales followed by the 12-month Structured Clinical Interview for DSM-IV and the Global Assessment of Functioning (GAF). We defined SMI as any 12-month DSM-IV disorder, other than a substance use disorder, with a GAF score of less than 60. All screening scales were significantly related to SMI. However, neither the CIDI-SF nor the WHO-DAS improved prediction significantly over the K10 or K6 scales. The area under the receiver operating characteristic curve of SMI was 0.854 for K10 and 0.865 for K6. The most efficient screening scale, K6, had a sensitivity (SE) of 0.36 (0.08) and a specificity of 0.96 (0.02) in predicting SMI. The brevity and accuracy of the K6 and K10 scales make them attractive screens for SMI. Routine inclusion of either scale in clinical studies would create an important, and heretofore missing, crosswalk between community and clinical epidemiology.

A systematic review of empirical research on self-reported racism and health.

Yin Paradies (2006)
This paper reviews 138 empirical quantitative population-based studies of self-reported racism and health. These studies show an association between self-reported racism and ill health for oppressed racial groups after adjustment for a range of confounders. The strongest and most consistent findings are for negative mental health outcomes and health-related behaviours, with weaker associations existing for positive mental health outcomes, self-assessed health status, and physical health outcomes. Most studies in this emerging field have been published in the past 5 years and have been limited by a dearth of cohort studies, a lack of psychometrically validated exposure instruments, poor conceptualization and definition of racism, conflation of racism with stress, and debate about the aetiologically relevant period for self-reported racism. Future research should examine the psychometric validity of racism instruments and include these instruments, along with objectively measured health outcomes, in existing large-scale survey vehicles as well as longitudinal studies and studies involving children. There is also a need to gain a better understanding of the perception, attribution, and reporting of racism, to investigate the pathways via which self-reported racism affects health, the interplay between mental and physical health outcomes, and exposure to intra-racial, internalized, and systemic racism. Ensuring the quality of studies in this field will allow future research to reveal the complex role that racism plays as a determinant of population health.

The Crown is the owner of the copyright of the data and the Ministry of Health is the funder of the data collection. This current study was funded by the Health Research Council of New Zealand as a 3-year project grant. The project number is 10/416. The funder's website is: www.hrc.govt.nz. The funders had no role in study design, data collection and analysis, decision to publish, or preparation of the manuscript. The results presented in this paper are the work of the authors.