The role of neighbourhood greenspace in children's spatial working memory 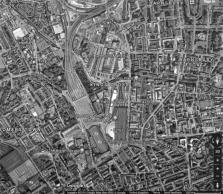 Exposure to nature may be particularly beneficial for the brain regions that support spatial working memory, a strong correlate of academic achievement.

Drawn from the UK's Millennium Cohort Study, the sample was 4,758 11‐year‐olds living in urban areas in England.

We fitted two‐level regression models, with children nested in wards, before and after adjustment for confounders, including poverty, parental education, sports participation, neighbourhood deprivation, and neighbourhood history. Spatial working memory was measured using the Cambridge Neuropsychological Test Automated Battery Spatial Working Memory task. Greenspace was measured as the percentage of greenery in the child's ward.

Children living in greener urban neighbourhoods have better spatial working memory. If this association is causal, then our findings can be used to inform policy decisions about both education and urban planning.

Green space, urbanity, and health: how strong is the relation?

Jolanda Maas, Robert A. Verheij, Peter Groenewegen … (2006)
To investigate the strength of the relation between the amount of green space in people's living environment and their perceived general health. This relation is analysed for different age and socioeconomic groups. Furthermore, it is analysed separately for urban and more rural areas, because the strength of the relation was expected to vary with urbanity. The study includes 250 782 people registered with 104 general practices who filled in a self administered form on sociodemographic background and perceived general health. The percentage of green space (urban green space, agricultural space, natural green space) within a one kilometre and three kilometre radius around the postal code coordinates was calculated for each household. Multilevel logistic regression analyses were performed at three levels-that is, individual level, family level, and practice level-controlled for sociodemographic characteristics. The percentage of green space inside a one kilometre and a three kilometre radius had a significant relation to perceived general health. The relation was generally present at all degrees of urbanity. The overall relation is somewhat stronger for lower socioeconomic groups. Elderly, youth, and secondary educated people in large cities seem to benefit more from presence of green areas in their living environment than other groups in large cities. This research shows that the percentage of green space in people's living environment has a positive association with the perceived general health of residents. Green space seems to be more than just a luxury and consequently the development of green space should be allocated a more central position in spatial planning policy.

Interactions between attention and working memory.

Edward Awh, S. H. Oh, Karla Vogel (2006)
Studies of attention and working memory address the fundamental limits in our ability to encode and maintain behaviorally relevant information, processes that are critical for goal-driven processing. Here we review our current understanding of the interactions between these processes, with a focus on how each construct encompasses a variety of dissociable phenomena. Attention facilitates target processing during both perceptual and postperceptual stages of processing, and functionally dissociated processes have been implicated in the maintenance of different kinds of information in working memory. Thus, although it is clear that these processes are closely intertwined, the nature of these interactions depends upon the specific variety of attention or working memory that is considered.