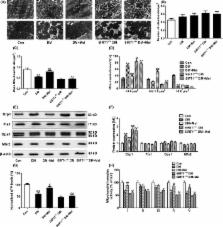 Molecular and Cellular Mechanisms of Cardiovascular Disorders in Diabetes.