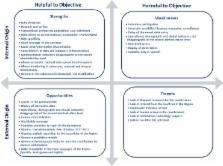 Haloperidol has been extensively used in various psychiatric conditions. It has also been reported to induce severe side effects. We aimed to evaluate whether haloperidol can influence host methylome, and if so what are the possible mechanisms for it in neuronal cells. Impact on host methylome and miRNAs can have wide spread alterations in gene expression, which might possibly help in understanding how haloperidol may impact treatment response or induce side effects.

SK-N-SH, a neuroblasoma cell line was treated with haloperidol at 10μm concentration for 24 hours and global DNA methylation was evaluated. Methylation at global level is maintained by methylation maintenance machinery and certain miRNAs. Therefore, the expression of methylation maintenance genes and their putative miRNA expression profiles were assessed. These global methylation alterations could result in gene expression changes. Therefore genes expressions for neurotransmitter receptors, regulators, ion channels and transporters were determined. Subsequently, we were also keen to identify a strong candidate miRNA based on biological and in-silico approach which can reflect on the pharmacoepigenetic trait of haloperidol and can also target the altered neuroscience panel of genes used in the study.

Haloperidol induced increase in global DNA methylation which was found to be associated with corresponding increase in expression of various epigenetic modifiers that include DNMT1, DNMT3A, DNMT3B and MBD2. The expression of miR-29b that is known to putatively regulate the global methylation by modulating the expression of epigenetic modifiers was observed to be down regulated by haloperidol. In addition to miR-29b, miR-22 was also found to be downregulated by haloperidol treatment. Both these miRNA are known to putatively target several genes associated with various epigenetic modifiers, pharmacogenes and neurotransmission. Interestingly some of these putative target genes involved in neurotransmission were observed to be upregulated while CHRM2 gene expression was down regulated.

Wenting Shi,  Jinglun Du,  Yuhua Qi … (2012)
The circulating miRNAs are sufficiently stable and detectable to serve as clinical biomarkers as recent studies have revealed that the aberrant expression of circulating miRNAs can directly reflect disease status. Based on the analysis of the data (using miRanda software, TargetScan software and SOLID high-throughput sequencing) obtained from the literature, Schizophrenia Gene database, NCBI database, the quantification of the nine miRNAs in the serum samples of 115 patients suffering from schizophrenia and 40 healthy individuals using qRT-PCR and semi-nested qRT-PCR was conducted. The results suggested that the miR-181b, miR-219-2-3p, miR-346, miR-195, miR-1308, miR-92a, miR-17, miR-103 and let-7g are the key players to reflect the schizophrenia illnesses status and may serve as candidate biomarkers for diagnosis of schizophrenia. In addition, we also found that the risperidone improved the serum miR-346 level of schizophrenia significantly, and therefore may not be an effective drug in regulating serum miR-346 level of schizophrenia. Furthermore, the expression level of serum miRNAs levels and schizophrenia patients were regardless of family history subtypes, ages, and gender. Collectively, these findings suggested that the serum miRNAs have strong potential to reflect schizophrenia disease status. To the best of our knowledge, this is the first report demonstrating the analysis of the circulating miRNAs in schizophrenia. Copyright © 2011 Elsevier Ltd. All rights reserved.

Epigenetic aberrations in leukocytes of patients with schizophrenia: association of global DNA methylation with antipsychotic drug treatment and disease onset.

Urban Ösby,  M Rogdaki,  Martin Schalling … (2012)
Even though schizophrenia has a strong hereditary component, departures from simple genetic transmission are prominent. DNA methylation has emerged as an epigenetic explanatory candidate of schizophrenia's nonmendelian characteristics. To investigate this assumption, we examined genome-wide (global) and gene-specific DNA methylation levels, which are associated with genomic stability and gene expression activity, respectively. Analyses were conducted using DNA from leukocytes of patients with schizophrenia and controls. Global methylation results revealed a highly significant hypomethylation in patients with schizophrenia (P<2.0×10(-6)) and linear regression among patients generated a model in which antipsychotic treatment and disease onset explained 11% of the global methylation variance (adjusted R(2)=0.11, ANOVA P<0.001). Specifically, haloperidol was associated with higher ("control-like") methylation (P=0.001), and early onset (a putative marker of schizophrenia severity) was associated with lower methylation (P=0.002). With regard to the gene-specific methylation analyses, and in accordance with the dopamine hypothesis of psychosis, we found that the analyzed region of S-COMT was hypermethylated in patients with schizophrenia (P=0.004). In summary, these data support the notion of a dysregulated epigenome in schizophrenia, which, at least globally, is more pronounced in early-onset patients and can be partly rescued by antipsychotic medication. In addition, blood DNA-methylation signatures show promise of serving as a schizophrenia biomarker in the future.

SB and MB acknowledges Dept. of Biotechnology, Government of India for providing research fellowship to SB and intramural support to MB. The funder had no role in study design, data collection and analysis, decision to publish, or preparation of the manuscript.

Data Availability All relevant data are included within the paper and its Supporting Information files.
Data availability:
ScienceOpen disciplines: Uncategorized