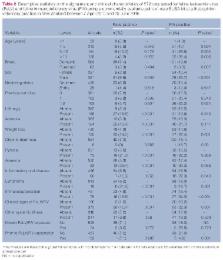 The objectives were to collect baseline data on the occurrence, testing and vaccination practices, and clinical outcomes of feline leukaemia virus (FeLV) and feline immunodeficiency virus (FIV) in New Zealand

A cross-sectional survey of 423 veterinary practices in New Zealand was performed to collect data on FeLV and FIV testing and vaccination during the 2015 calendar year. Clinical records from 572 cats tested using a point-of-care ELISA at a first-opinion veterinary practice between 7 April 2010 and 23 June 2016 were also obtained and multivariable logistic regression models were constructed to identify risk factors for test positivity. Survival times were estimated using Kaplan–Meier methods.

The survey was completed by 112 clinics (26.4%) of which 72 performed in-house testing. Of the 2125 tests performed, 56 (2.6%) were positive for FeLV and 393 (18.5%) were positive for FIV. Fewer than 1% of cats were vaccinated for FeLV, with veterinarians citing low perceived prevalence as the primary reason for not vaccinating. Being male compared with being female and having clinical evidence of immunosuppression were significant risk factors for both FeLV and FIV test positivity. The median survival times of FeLV and FIV test-positive cats were 10 days (95% confidence interval [CI] 0–16) and 650 days (95% CI 431–993), respectively.

Testing and vaccination for FeLV and FIV in New Zealand appears targeted towards high-risk animals, which may bias prevalence estimates. Baseline data should be monitored for changes in FeLV epidemiology now commercial vaccines are no longer available.

Epidemiologic and clinical aspects of feline immunodeficiency virus infection in cats from the continental United States and Canada and possible mode of transmission.

R Nakamura,  T Morishita,  J Yamamoto … (1989)
The epidemiologic features of feline immunodeficiency virus (FIV) infection were evaluated in 2,765 cats from the United States and Canada. Of these cats, 2,254 were considered by veterinarians to be at high risk for the infection, and 511 were healthy cats considered to be at low or unknown risk. Of the cats in the high-risk group, 318 (14%) were found to be infected with FIV. The infection rate among low- or unknown-risk cats was 6 of 511 (1.2%). Male cats in the high-risk group were 3 times more likely to be infected than were females, similarly as were cats greater than 6 years old, compared with younger cats; domestic cats, compared with purebred cats; and free-roaming cats, compared with confined cats. Feline immunodeficiency virus and FeLV infections did not appear to be linked with each other; 16% of FeLV-infected cats in the high- and low-risk groups were coinfected with FIV. In contrast, there was a pronounced linkage between FIV and feline syncytium-forming virus (FeSFV) infections. Seventy-four percent of FeSFV-infected cats in the high-risk study group were coinfected with FIV, compared with a 38% FIV infection rate among cats that were not infected with FeSFV. The major clinical manifestations associated with FIV infection in cats that were surveyed included chronic oral cavity infections (56%), chronic upper respiratory tract disease (34%), chronic enteritis (19%), and chronic conjunctivitis (11%). Bacterial infections of the urinary tract (cystitis), skin, and ears were seen in a small proportion of cats.(ABSTRACT TRUNCATED AT 250 WORDS)

Katrin Hartmann,  Cynda Crawford,  Regina Hofmann-Lehmann … (2008)
Feline leukemia virus (FeLV) and feline immunodeficiency virus (FIV) are among the most common infectious diseases of cats. Although vaccines are available for both viruses, identification and segregation of infected cats form the cornerstone for preventing new infections. Guidelines in this report have been developed for diagnosis, prevention, treatment, and management of FeLV and FIV infections. All cats should be tested for FeLV and FIV infections at appropriate intervals based on individual risk assessments. This includes testing at the time of acquisition, following exposure to an infected cat or a cat of unknown infection status, prior to vaccination against FeLV or FIV, prior to entering group housing, and when cats become sick. No test is 100% accurate at all times under all conditions; results should be interpreted along with the patient's health and risk factors. Retroviral tests can diagnose only infection, not clinical disease, and cats infected with FeLV or FIV may live for many years. A decision for euthanasia should never be based solely on whether or not the cat is infected. Vaccination against FeLV is highly recommended in kittens. In adult cats, antiretroviral vaccines are considered non-core and should be administered only if a risk assessment indicates they are appropriate. Few large controlled studies have been performed using antiviral or immunomodulating drugs for the treatment of naturally infected cats. More research is needed to identify best practices to improve long-term outcomes following retroviral infections in cats.

Katrin Hartmann (2011)
Feline leukemia virus (FeLV) and feline immunodeficiency virus (FIV) are retroviruses with a global impact on the health of domestic cats. The two viruses differ in their potential to cause disease. FIV can cause an acquired immunodeficiency syndrome that increases the risk of developing opportunistic infections, neurological diseases, and tumors. In most naturally infected cats, however, FIV itself does not cause severe clinical signs, and FIV-infected cats may live many years without any health problems. FeLV is more pathogenic, and was long considered to be responsible for more clinical syndromes than any other agent in cats. FeLV can cause tumors (mainly lymphoma), bone marrow suppression syndromes (mainly anemia) and lead to secondary infectious diseases caused by suppressive effects of the virus on bone marrow and the immune system. Today, FeLV is less important as a deadly infectious agent as in the last 20 years prevalence has been decreasing in most countries.