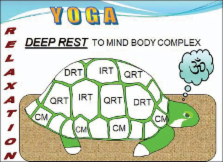 Indian Psychiatric epidemiological studies: Learning from the past

Suresh Math, Ravindra Srinivasaraju (2010)
The objective of this paper is to provide a systematic review on the epidemiology of psychiatric disorders in India based on the data published from 1960 to 2009. Extensive search of PubMed, NeuroMed, Indian Journal of Psychiatry website and MEDLARS using search terms “psychiatry” “prevalence”, “community”, and “epidemiology” was done along with the manual search of journals and cross-references. Retrieved articles were systematically selected using specific inclusion and exclusion criteria. Epidemiological studies report prevalence rates for psychiatric disorders varying from 9.5 to 370/1000 population in India. These varying prevalence rates of mental disorders are not only specific to Indian studies but are also seen in international studies. Despite variations in the design of studies, available data from the Indian studies suggests that about 20% of the adult population in the community is affected with one or the other psychiatric disorder. Mental healthcare priorities need to be shifted from psychotic disorders to common mental disorders and from mental hospitals to primary health centers. Increase in invisible mental problems such as suicidal attempts, aggression and violence, widespread use of substances, increasing marital discord and divorce rates emphasize on the need to prioritize and make a paradigm shift in the strategies to promote and provide appropriate mental health services in the community. Future epidemiological research need to focus on the general population from longitudinal prospective involving multi-centers with assessment of disability, co-morbidity, functioning, family burden and quality of life.

Yoga for Promotion of Positive Health