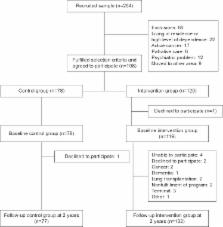 The increasing prevalence of chronic diseases requires changes in health care delivery. In COPD, telemedicine appears to be a useful tool. Our objective was to evaluate the efficacy (in improving health care-resource use and clinical outcomes) of a telemonitoring-based program (telEPOC) in COPD patients with frequent hospitalizations.

We conducted a nonrandomized observational study in an intervention cohort of 119 patients (Galdakao-Usansolo Hospital) and a control cohort of 78 patients (Cruces Hospital), followed up for 2 years ( ClinicalTrials.gov identifier: NCT02528370). The inclusion criteria were two or more hospital admissions in the previous year or three or more admissions in the previous 2 years. The intervention group received telemonitoring plus education and controls usual care.

An intervention including telemonitoring and education was able to reduce the health care-resource use and stabilize the clinical condition of frequently admitted COPD patients.

Validity and reliability of the St George's Respiratory Questionnaire after adaptation to a different language and culture: the Spanish example.

Abdel Azim A Khalaf,  J Anto,  R Marrades … (1996)
We describe the adaptation into Spanish of the St George's Respiratory Questionnaire (SGRQ), a self-administered questionnaire developed by Jones et al. (1991) covering three domains of health in airways disease patients: symptoms, activity and impacts. For the adaptation, the forward and back-translation method by bilinguals was used, together with professional committee and lay panel. Once tested for feasibility and comprehension, 318 male chronic obstructive pulmonary disease (COPD) patients with a wide range of disease severity completed the Spanish version of the SGRQ. The clinical status of the patients was evaluated concurrently with the measurement of health status. Lung function was assessed in the 2 months before or after the questionnaire administration. The Spanish version of the SGRQ was acceptable and easy to understand. Cronbach's alpha reliability coefficient was 0.94 for the overall scale and 0.72 for "Symptoms", 0.89 for "Activity", and 0.89 for "Impacts" subscales. Correlation coefficients between the overall score and dyspnoea and % forced expiratory volume in one second (FEV1) were 0.59 and -0.45, respectively, and these correlations were higher than those observed between the clinical variables and the Nottingham Health Profile, a generic measure of health-related quality of life. Results of the study suggest that the Spanish version of the SGRQ is conceptually equivalent to the original, and similarly reliable and valid. Although further studies should complete the adaptation work, results suggest that the SGRQ may already be used in Spain and in international studies involving Spanish respiratory patients. According to the present approach, it appears to be feasible to adapt a specific questionnaire on health-related quality of life in respiratory disease to another language and culture.

Ulugbek Nurmatov,  Claudia Pagliari,  Josip Car … (2012)
Chronic obstructive pulmonary disease (COPD) is common. Telehealthcare, involving personalised health care over a distance, is seen as having the potential to improve care for people with COPD. To systematically review the effectiveness of telehealthcare interventions in COPD to improve clinical and process outcomes. Cochrane Systematic Review of randomised controlled trials. The study involved searching the Cochrane Airways Group Register of Trials, which is derived from the Cochrane Central Register of Controlled Trials, MEDLINE, embase, and CINAHL, as well as searching registers of ongoing and unpublished trials. Randomised controlled trials comparing a telehealthcare intervention with a control intervention in people with a clinical diagnosis of COPD were identified. The main outcomes of interest were quality of life and risk of emergency department visit, hospitalisation, and death. Two authors independently selected trials for inclusion and extracted data. Study quality was assessed using the Cochrane Collaboration's risk of bias method. Meta-analysis was undertaken using fixed effect and/or random effects modelling. Ten randomised controlled trials were included. Telehealthcare did not improve COPD quality of life: mean difference -6.57 (95% confidence interval [CI] = -13.62 to 0.48). However, there was a significant reduction in the odds ratios (ORs) of emergency department attendance (OR = 0.27; 95% CI = 0.11 to 0.66) and hospitalisation (OR = 0.46; 95% CI = 0.33 to 0.65). There was a non-significant change in the OR of death (OR = 1.05; 95% CI = 0.63 to 1.75). In COPD, telehealthcare interventions can significantly reduce the risk of emergency department attendance and hospitalisation, but has little effect on the risk of death.