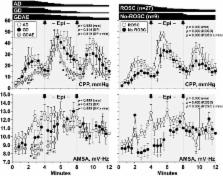 Outcomes of rapid defibrillation by security officers after cardiac arrest in casinos.

Andrew H Travers,  Gavin D Perkins,  Robert A van den Berg … (2015)
This review comprises the most extensive literature search and evidence evaluation to date on the most important international BLS interventions, diagnostics, and prognostic factors for cardiac arrest victims. It reemphasizes that the critical lifesaving steps of BLS are (1) prevention, (2) immediate recognition and activation of the emergency response system, (3) early high-quality CPR, and (4) rapid defibrillation for shockable rhythms. Highlights in prevention indicate the rational and judicious deployment of search-and-rescue operations in drowning victims and the importance of education on opioid-associated emergencies. Other 2015 highlights in recognition and activation include the critical role of dispatcher recognition and dispatch-assisted chest compressions, which has been demonstrated in multiple international jurisdictions with consistent improvements in cardiac arrest survival. Similar to the 2010 ILCOR BLS treatment recommendations, the importance of high quality was reemphasized across all measures of CPR quality: rate, depth, recoil, and minimal chest compression pauses, with a universal understanding that we all should be providing chest compressions to all victims of cardiac arrest. This review continued to focus on the interface of BLS sequencing and ensuring high-quality CPR with other important BLS interventions, such as ventilation and defibrillation. In addition, this consensus statement highlights the importance of EMS systems, which employ bundles of care focusing on providing high-quality chest compressions while extricating the patient from the scene to the next level of care. Highlights in defibrillation indicate the global importance of increasing the number of sites with public-access defibrillation programs. Whereas the 2010 ILCOR Consensus on Science provided important direction for the “what” in resuscitation (ie, what to do), the 2015 consensus has begun with the GRADE methodology to provide direction for the quality of resuscitation. We hope that resuscitation councils and other stakeholders will be able to translate this body of knowledge of international consensus statements to build their own effective resuscitation guidelines.

Influence of cardiopulmonary resuscitation prior to defibrillation in patients with out-of-hospital ventricular fibrillation.

M Olsufka,  M Breskin,  Christopher Walsh … (1999)
Use of automated external defibrillators (AEDs) by first arriving emergency medical technicians (EMTs) is advocated to improve the outcome for out-of-hospital ventricular fibrillation (VF). However, adding AEDs to the emergency medical system in Seattle, Wash, did not improve survival. Studies in animals have shown improved outcomes when cardiopulmonary resuscitation (CPR) was administered prior to an initial shock for VF of several minutes' duration. To evaluate the effects of providing 90 seconds of CPR to persons with out-of-hospital VF prior to delivery of a shock by first-arriving EMTs. Observational, prospectively defined, population-based study with 42 months of preintervention analysis (July 1, 1990-December 31, 1993) and 36 months of post-intervention analysis (January 1, 1994-December 31, 1996). Seattle fire department-based, 2-tiered emergency medical system. A total of 639 patients treated for out-of-hospital VF before the intervention and 478 after the intervention. Modification of the protocol for use of AEDs, emphasizing approximately 90 seconds of CPR prior to delivery of a shock. Survival and neurologic status at hospital discharge determined by retrospective chart review as a function of early ( or =4 minutes) response intervals. Survival improved from 24% (155/639) to 30% (142/478) (P=.04). That benefit was predominantly in patients for whom the initial response interval was 4 minutes or longer (survival, 17% [56/321] before vs 27% [60/220] after; P = .01). In a multivariate logistic model, adjusting for differences in patient and resuscitation factors between the periods, the protocol intervention was estimated to improve survival significantly (odds ratio, 1.42; 95% confidence interval, 1.07-1.90; P = .02). Overall, the proportion of victims who survived with favorable neurologic recovery increased from 17% (106/634) to 23% (109/474) (P = .01). Among survivors, the proportion having favorable neurologic function at hospital discharge increased from 71% (106/150) to 79% (109/138) (P<.11). The routine provision of approximately 90 seconds of CPR prior to use of AED was associated with increased survival when response intervals were 4 minutes or longer.