Following The Trail: Factors Underlying the Sudden Expansion of the Egyptian Mongoose ( Herpestes ichneumon) in Portugal 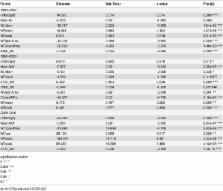 Species range-limits are influenced by a combination of several factors. In our study we aimed to unveil the drivers underlying the expansion of the Egyptian mongoose in Portugal, a carnivore that was confined to southern Portugal and largely increased its range during the last three decades. We evaluated the expansion of the species in three periods (1980-1990, 1990-2000 and 2000-2010), by projecting the presence/absence data of the species in each temporal range and proposed four hypotheses to explain this sudden expansion associated to changes in the barrier effects of human infrastructure and topographic features, and in the availability of suitable areas due to climate change or land use. An exploratory analysis was made using Spearman rank correlation, followed by a hierarchical partitioning analysis to select uncorrelated potential explanatory variables associated with the different hypotheses. We then ran Generalized Linear Models (GLM) for every period for each hypothesis and for every combination of hypotheses. Our main findings suggest that dynamic transitions of land-use coupled with temperature and rainfall variations over the decades are the main drivers promoting the mongoose expansion. The geographic barriers and the human infrastructures functioned as barriers for mongoose expansion and have shaped its distribution. The expansion of the Egyptian mongoose across the Portuguese territory was due to a variety of factors. Our results suggest a rapid shift in species range in response to land-use and climate changes, underlining the close link between species ranges and a changing environment.

Timothy Graves,  C Rahbek (2001)
The search for a common cause of species richness gradients has spawned more than 100 explanatory hypotheses in just the past two decades. Despite recent conceptual advances, further refinement of the most plausible models has been stifled by the difficulty of compiling high-resolution databases at continental scales. We used a database of the geographic ranges of 2,869 species of birds breeding in South America (nearly a third of the world's living avian species) to explore the influence of climate, quadrat area, ecosystem diversity, and topography on species richness gradients at 10 spatial scales (quadrat area, approximately 12,300 to approximately 1,225,000 km(2)). Topography, precipitation, topography x latitude, ecosystem diversity, and cloud cover emerged as the most important predictors of regional variability of species richness in regression models incorporating 16 independent variables, although ranking of variables depended on spatial scale. Direct measures of ambient energy such as mean and maximum temperature were of ancillary importance. Species richness values for 1 degrees x 1 degrees latitude-longitude quadrats in the Andes (peaking at 845 species) were approximately 30-250% greater than those recorded at equivalent latitudes in the central Amazon basin. These findings reflect the extraordinary abundance of species associated with humid montane regions at equatorial latitudes and the importance of orography in avian speciation. In a broader context, our data reinforce the hypothesis that terrestrial species richness from the equator to the poles is ultimately governed by a synergism between climate and coarse-scale topographic heterogeneity.

Loss of functional diversity under land use intensification across multiple taxa.

Human Population Density and Extinction Risk in the World's Carnivores

TB, JC, MJRP and JPF were supported by doctoral and post-doctoral grants (SFRH/BD/71112/2010, SFRH/BD/98387/2013, SFRH/BPD/72845/2010, SFRH/BPD/72193/2010). Our gratitude also to Confederação Nacional dos Caçadores Portugueses (CNCP) and Instituto da Conservação da Natureza e das Florestas (ICNF) for co-funding the study. The funders had no role in study design, data collection and analysis, decision to publish, or preparation of the manuscript.