The Use of Research Evidence in Public Health Decision Making Processes: Systematic Review 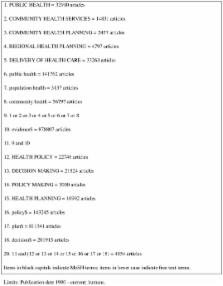 To more effectively implement research informed public health policy, action is required by decision makers and researchers to address the barriers identified in this systematic review. There is an urgent need for evidence to support the use of research evidence to inform public health decision making to reduce inequalities.

Pathways to “Evidence-Informed” Policy and Practice: A Framework for Action

Shelley Bowen, Anthony Zwi (2005)
Bowen and Zwi propose a new framework that can help researchers and policy makers to navigate the use of evidence.