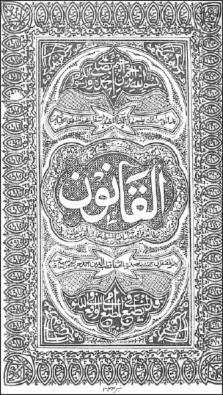 Mirza Dilic,  Nedzad Rustempasic,  Emir Solakovic … (2007)
At the end of IX and beginning of the X century begins development and renaissance of the medicine called Arabic, and which main representatives were: Ali at-Taberi, Ahmed at-Taberi, Ar-Razi (Rhazes), Ali ibn al-Abbas al-Magusi (Haly), ibn al-Baitar, ibn al-Qasim al-Zahrawi (Abulcasis), ibn Sina (Avicenna), ibn al-Haitam (Alhazen), ibn Abi al-Ala Zuhr (Avenzor), ibn Rushd (Averroes) and ibn al-Nafis. Doctors Taberi, Magusi and Razi were born as Persians. Each of the listed great doctors of the Arab medicine in their own way made legacy to the medical science and profession, and left lasting impression in the history of medicine. Majority of them is well known in the West well and have their place in the text-books as donors of significant medical treasure, without which medicine would probably, especially the one at the Middle dark century, be pale and prosaic, insufficiently studied and misunderstood, etc. Abdullah ibn Sina (Avicenna) remained unsurpassed in the series of above listed. Close to him can only come Alauddin ibn al-Nafis, who will in mid-XII century rebut some of the theories made by Avicenna and all his predecessors, from which he collected material for his big al-Kanun fit-tibb (Cannon of medicine). Cannon will be commended for centuries and fulfilled with new knowledge. One of the numerous and perhaps the best comments-Excerpts is from Nafis-Mugaz al-Quanun, article published as a reprint in War Sarajevo under the siege during 1995 in Bosnian language, translated from Arabic by the professor Sacir Sikiric and chief physician Hamdija Karamehmedovic in 1961. Today, at least 740 years since professor from Cairo and director of the Hospital A-Mansuri in Cairo Alauddin ibn Nefis (1210-1288), in his paper about pulse described small (pulmonary) blood circulatory system and coronary circulation. At the most popular search engines very often we can find its name, especially in English language. Majority of quotes about al-Nafis are on Arabic or Turkish language, although Ibn Nafis discovery is of world wide importance. Author of this article is among rare ones who in some of the indexed magazines emphasized of that event, and on that debated also some authors from Great Britain and USA in the respectable magazine Annals of Internal medicine. Citations in majority mentioning other two "describers" or "discoverers" of pulmonary blood circulation, Miguel de Servet (1511-1553), physician and theologian, and William Harvey (1578-1657), which in his paper "An Anatomical Exercise on the Motion of the Hearth and Blood in Animals" published in 1628 described blood circulatory system. Ibn Nafis is due to its scientific work called "Second Avicenna". Some of his papers, during centuries were translated into Latin, and some published as a reprint in Arabic language. Significance of Nafis epochal discovery is the fact that it is solely based on deductive impressions, because his description of the small circulation is not occurred by in vitro observation on corps during section. It is known that he did not pay attention to the Galen theories about blood circulation. His prophecy sentence say: "If I don't know that my work will not last up to ten thousand years after me, I would not write them" Sapient sat. Searching the newest data about all three authors: Alauddin ibn Nafis (1210-1288), Michael Servetus (1511-1533) and William Harvey (1628) in the prestige Wikipedia I manage to link several most relevant facts, based on which we can in more details explain to whom from these three authors the glory and the right to call them self first describer of the pulmonary and cardiac circulation belongs. About Servetus and Harvey there is much more data than on ibn Nafis, about which on Google there are mainly references in Arabic and Turkish language, and my four references on Bosnian, with the abstracts in English. Probably the language barrier was one of the key reasons that we know so little about Nafis and so little is written, although respectable professor Fuat Sezgin from Frankfurt in 1997 published comprehensive monograph about this great physician, scientist and explorer, in which papers we can clearly recognize detailed description of the pulmonary and cardiac circulation. Also, I personally published separate monographs about this scientist, and which can be found on www. avicenapublisher.org.

On occasion of 800th anniversary of birth of Ibn al-Nafis--discoverer of cardiac and pulmonary circulation.

Izet Masic (2009)
With Ibn Sina great Canon came the "golden age of Arabic medicine", almost to its peak. Since the beginning of XI century, when Ibn Sina died, until the middle of XIII century, when creative was Ibn al-Nafis, medical science continues to develop and progress, and had its brilliant minds. For that time characteristic is the fact that neither the strong authority as Avicenna was could paralyze the progress of medical science. Three hundred years before Paracelsus, in Cairo appears a medical scientist who dares to touch the authority of Ibn Sina-Avicenna in the infallibility of Canon-"Medical Bible". The scholar was called Alauddin Ibn al-Nafis (1210-1288). He, 250 years ago Servet, (Michael Servetus, XVI century) reveals the truly describes the small or pulmonary circulation, but also gives a description of the great forerunner of the bloodstream. In his separate work on the anatomy, Ibn al-Nafis in five places contested arguments of Galen's teachings, which also Ibn Sina was accepted. He very persuasively argues that the blood does not oxidize ("does not mix with air "), passing through some hypothetical pores in the partition between the right half of the heart, in which blood is collected and left half, in which, supposedly is the air, but that this happen when the blood is going from the right ventricle through the pulmonary artery into the lungs, where it is mixed with air and thus "converted" murmurs through the pulmonary vein into the left half of the heart. On occasion of the 800th anniversary of Ibn al-Nafis birth, one of the largest Arab and world doctors of all times we publish this article so that readers get something closer image his creative work, especially the one which relates to his contribution to the discovery of cardiac and pulmonary circulation, revolutionary discoveries in the world of medicine. In the year 1924 a heated debate started regarding the discovery of the pulmonary circulation. This discovery was attributed only to European scholars. It stemmed back to the sixteenth century. When Michael Servetus (1511-1553), Anderea Vesalius (?1514-1654), Nicolai Massa (1485-1569), Realdo Colombo (1520-1654), Valverde De Hamusco (1508-1565), Andera Cesalpino (1519-1603), Fabrici d'Aquapendent (1533-1619) and William Harvey (1578-1657) developed the concept. However, Muhyi-d-din At-Tatawi (1896-1945) presented his thesis "Der Lungenkreislauf nach El-Korachi. Dissert, z.eil. d. Doktorwrde, Freiburg im Brisgau 1924" of the blood circulation according to al Qurashi relaying on his discovery of his description of pulmonary circulation in one of ancient manuscripts, He proposed that the real credit for the discovery of the pulmonary circulation belongs this eminent physician of the thirteenth century: Ibn al-Nafis. Later another doctor Abdul Kareem Chihade (1922- ) presented another dissertation in Paris 1951 entitled" decouverte de la circulatio pulmonaire chez Ibn an-Nafis". Published by Institut Francais De Damas 1955. Other prominent professors like: Paul Galiounji and Salman Qatayyah researched extensively in his manuscripts and produced very important monographs. The general consensus is that Ibn al-Nafis' work exerted great influence on the development of medical science, both in the Islamic world and Europe. A closer look on Ibn al-Nafis contribution would indicate that he also described the coronary circulation, the cranial nerves the gall bladder anatomy and many new aspect of ophthalmology. He advocated as well therapy through nutrition. His work integrated the medical knowledge with great clarity and emphasized precision.

Department of family medicine, Faculty of medicine, University of Sarajevo, Bosnia and Herzegovina