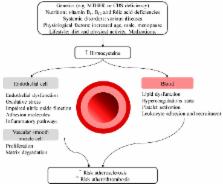 An increasing aging population worldwide accounts for a growing share of noncommunicable diseases (NCDs) of the overall social and economic burden. Dietary and nutritional approaches are of paramount importance in the management of NCDs. As a result, nutrition programs are increasingly integrated into public health policies. At present, programs aimed at reducing the burden of NCDs have focused mostly on the excess of unhealthy nutrient intakes whereas the importance of optimizing adequate essential and semi-essential nutrient intakes and nutrient-rich diets has received less attention. Surveys indicate that nutrient intakes of the aging population are insufficient to optimally support healthy aging. Vitamin and mineral deficiencies in older adults are related to increased risk of NCDs including fatigue, cardiovascular disease, and cognitive and neuromuscular function impairments. Reviewed literature demonstrates that improving intake for certain nutrients may be important in reducing progress of NCDs such as musculoskeletal disorders, dementia, loss of vision, and cardiometabolic diseases during aging. Current knowledge concerning improving individual nutrient intakes to reduce progression of chronic disease is still emerging with varying effect sizes and levels of evidence. Most pronounced benefits of nutrients were found in participants who had low nutrient intake or status at baseline or who had increased genetic and metabolic needs for that nutrient. Authorities should implement ways to optimize essential nutrient intake as an integral part of their strategies to address NCDs.

Vitamin B12, folic acid, and the nervous system.

Edward Reynolds (2006)
There are many reasons for reviewing the neurology of vitamin-B12 and folic-acid deficiencies together, including the intimate relation between the metabolism of the two vitamins, their morphologically indistinguishable megaloblastic anaemias, and their overlapping neuropsychiatric syndromes and neuropathology, including their related inborn errors of metabolism. Folates and vitamin B12 have fundamental roles in CNS function at all ages, especially the methionine-synthase mediated conversion of homocysteine to methionine, which is essential for nucleotide synthesis and genomic and non-genomic methylation. Folic acid and vitamin B12 may have roles in the prevention of disorders of CNS development, mood disorders, and dementias, including Alzheimer's disease and vascular dementia in elderly people.

Gwenaëlle Douaud,  Helga Refsum,  Celeste A de Jager … (2013)
Is it possible to prevent atrophy of key brain regions related to cognitive decline and Alzheimer's disease (AD)? One approach is to modify nongenetic risk factors, for instance by lowering elevated plasma homocysteine using B vitamins. In an initial, randomized controlled study on elderly subjects with increased dementia risk (mild cognitive impairment according to 2004 Petersen criteria), we showed that high-dose B-vitamin treatment (folic acid 0.8 mg, vitamin B6 20 mg, vitamin B12 0.5 mg) slowed shrinkage of the whole brain volume over 2 y. Here, we go further by demonstrating that B-vitamin treatment reduces, by as much as seven fold, the cerebral atrophy in those gray matter (GM) regions specifically vulnerable to the AD process, including the medial temporal lobe. In the placebo group, higher homocysteine levels at baseline are associated with faster GM atrophy, but this deleterious effect is largely prevented by B-vitamin treatment. We additionally show that the beneficial effect of B vitamins is confined to participants with high homocysteine (above the median, 11 µmol/L) and that, in these participants, a causal Bayesian network analysis indicates the following chain of events: B vitamins lower homocysteine, which directly leads to a decrease in GM atrophy, thereby slowing cognitive decline. Our results show that B-vitamin supplementation can slow the atrophy of specific brain regions that are a key component of the AD process and that are associated with cognitive decline. Further B-vitamin supplementation trials focusing on elderly subjets with high homocysteine levels are warranted to see if progression to dementia can be prevented.

Secondary analyses of the effects of lutein/zeaxanthin on age-related macular degeneration progression: AREDS2 report No. 3.