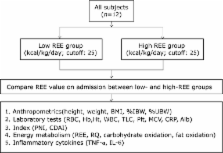 D Wolf,  S Hanauer,  William J Sandborn … (2006)
Tumor necrosis factor blockade has been shown to be an effective treatment strategy in Crohn's disease (CD). Adalimumab is a human immunoglobulin G1 (IgG(1)) monoclonal antibody targeting tumor necrosis factor (TNF). A randomized, double-blind, placebo-controlled, dose-ranging trial was performed to evaluate the efficacy of adalimumab induction therapy in patients with CD. A total of 299 patients with moderate to severe CD naive to anti-TNF therapy were randomized to receive subcutaneous injections at weeks 0 and 2 with adalimumab 40 mg/20 mg, 80 mg/40 mg, or 160 mg/80 mg or placebo. The primary endpoint was demonstration of a significant difference in the rates of remission at week 4 (defined as a Crohn's Disease Activity Index score <150 points) among the 80 mg/40 mg, 160 mg/80 mg, and placebo groups. The rates of remission at week 4 in the adalimumab 40 mg/20 mg, 80 mg/40 mg, and 160 mg/80 mg groups were 18% (P = .36), 24% (P = .06), and 36% (P = .001), respectively, and 12% in the placebo group. Adverse events occurred at similar frequencies in all 4 treatment groups except injection site reactions, which were more common in adalimumab-treated patients. Adalimumab was superior to placebo for induction of remission in patients with moderate to severe Crohn's disease naive to anti-TNF therapy. The optimal induction dosing regimen for adalimumab in this study was 160 mg at week 0 followed by 80 mg at week 2. Adalimumab was well tolerated.

N Goseki,  G Kosaki,  Naoko T Onodera (1984)
Based on assessment of 200 malnourished cancer patients of digestive organs, a multiparameter index of nutritional status was defined to relating the risk of postoperative complications to base line nutritional status. The linear predictive model relating the risk of operative complication, mortality or both to nutritional status is given by the relation: prognostic nutritional index (PNI) = 10 Alb. + 0.005 Lymph. C., where Alb. is serum albumin level (g/100 ml) and Lymph. C. is total lymphocytes count/mm3 peripheral blood. When applied prospectively to 189 gastrointestinal surgical patients those who were malnourished and treated by TPN preoperatively, this index provided an accurate, quantitative estimate of operative risk. In general, resection and anastomosis of gastrointestinal tract can be safely practiced when the index is over 45. The same procedure may be dangerous between 45 and 40. In below 40, this kind of operation may be contraindicated. The prognostic nutritional index is useful also to know the prognosis of patients with terminal cancer. Despite practicing TPN to cancer patients with near terminal stages, if the PNI remains below 40 and total lymphocytes count remains below 1,000/mm3, the patients has high possibility to die within the next two months.

S Hanauer (2005)
Ulcerative colitis (UC) and Crohn's disease (CD), the primary constituents of inflammatory bowel disease (IBD), are precipitated by a complex interaction of environmental, genetic, and immunoregulatory factors. Higher rates of IBD are seen in northern, industrialized countries, with greater prevalence among Caucasians and Ashkenazic Jews. Racial gaps are closing, indicating that environmental factors may play a role. IBD is multigenic, with the most clearly established genetic link between certain NOD2 variants and CD. Regardless of the underlying genetic predisposition, a growing body of data implicates a dysfunctional mucosal immune response to commensal bacteria in the pathogenesis of IBD, especially CD. Possible triggers include a chronic inflammatory response precipitated by infection with a particular pathogen or virus or a defective mucosal barrier. The characteristic inflammatory response begins with an infiltration of neutrophils and macrophages, which then release chemokines and cytokines. These in turn exacerbate the dysfunctional immune response and activate either TH1 or TH2 cells in the gut mucosa, respectively associated with CD and, less conclusively, with UC. Elucidation of immunological and genetic factors indicate multiple points at which the inflammatory cascade may be interrupted, yielding the possibility of precise, targeted therapies for IBD.