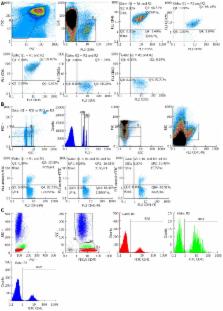 To evaluate platelet activation markers in psoriasis patients, compared to controls, and investigate their association with the inflammatory burden of psoriasis.

PMPs, known to be predictive of cardiovascular outcomes, are increased in psoriasis patients, and associated with high inflammatory disease burden. Enhanced platelet activation may be the missing link leading to cardiovascular events in psoriatic patients.

Risk of myocardial infarction in patients with psoriasis.

Open-Access: This article is an open-access article which was selected by an in-house editor and fully peer-reviewed by external reviewers. It is distributed in accordance with the Creative Commons Attribution Non Commercial (CC BY-NC 4.0) license, which permits others to distribute, remix, adapt, build upon this work non-commercially, and license their derivative works on different terms, provided the original work is properly cited and the use is non-commercial. See: http://creativecommons.org/licenses/by-nc/4.0/