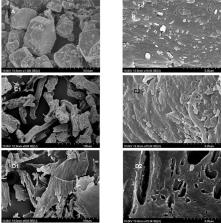 The aim of this work was to study the influence of solidification of meloxicam (Mel) containing nanosuspension (nanoMel) on the physical stability and drug bioavailability of the products. The nanoMel sample had poly(vinyl alcohol) (PVA) as a protective polymer, but no surfactant as a further stabilizing agent because the final aim was to produce surfactant-free solid phase products as well.

The solidified samples produced by fluidization and lyophilization (fluidMel, lyoMel) were examined for particle size, crystallinity, and in vitro release of Mel compared to similar parameters of nanoMel. The products were subjected to an animal experiment using per oral administration to verify their bioavailability.

Mel containing (1%) nanoMel sample was produced by wet milling process using an optimized amount of PVA (0.5%) which resulted in 130 nm as mean particle size and a significant reduction in the degree of crystallinity (13.43%) of Mel. The fluidization technique using microcrystalline cellulose (MCC) as carrier resulted in a quick conversion and no significant change in the critical product parameters. The process of lyophilization required a longer operation time, which resulted in the amorphization of the crystalline carrier (trehalose) and the recrystallization of Mel increased its particle size and crystallinity. The fluidMel and lyoMel samples had nearly five-fold higher relative bioavailability than nanoMel application by oral administration. The correlation between in vitro and in vivo studies showed that the fixed Mel nanoparticles on the surface of solid carriers (MCC, trehalose) in both the artificial gastric juice and the stomach of the animals rapidly reached saturation concentration leading to faster dissolution and rapid absorption.

The solidification of the nanosuspension not only increased the stability of the Mel nanoparticles but also allowed the preparation of surfactant-free compositions with excellent bioavailability which may be an important consideration for certain groups of patients to achieve rapid analgesia.

Cyclooxygenase isozymes: the biology of prostaglandin synthesis and inhibition.

Daniel L Simmons,  Regina Botting,  Timothy Hla (2004)
Nonsteroidal anti-inflammatory drugs (NSAIDs) represent one of the most highly utilized classes of pharmaceutical agents in medicine. All NSAIDs act through inhibiting prostaglandin synthesis, a catalytic activity possessed by two distinct cyclooxygenase (COX) isozymes encoded by separate genes. The discovery of COX-2 launched a new era in NSAID pharmacology, resulting in the synthesis, marketing, and widespread use of COX-2 selective drugs. These pharmaceutical agents have quickly become established as important therapeutic medications with potentially fewer side effects than traditional NSAIDs. Additionally, characterization of the two COX isozymes is allowing the discrimination of the roles each play in physiological processes such as homeostatic maintenance of the gastrointestinal tract, renal function, blood clotting, embryonic implantation, parturition, pain, and fever. Of particular importance has been the investigation of COX-1 and -2 isozymic functions in cancer, dysregulation of inflammation, and Alzheimer's disease. More recently, additional heterogeneity in COX-related proteins has been described, with the finding of variants of COX-1 and COX-2 enzymes. These variants may function in tissue-specific physiological and pathophysiological processes and may represent important new targets for drug therapy.

Libo Wu,  Jian X Zhang,  Wiwik Watanabe (2011)
As nano-sizing is becoming a more common approach for pharmaceutical product development, researchers are taking advantage of the unique inherent properties of nanoparticles for a wide variety of applications. This article reviews the physical and chemical stability of drug nanoparticles, including their mechanisms and corresponding characterization techniques. A few common strategies to overcome stability issues are also discussed. Published by Elsevier B.V.

Leena Kumari Prasad,  Hugh Smyth (2016)
With the FDA approval of the first 3D printed tablet, Spritam®, there is now precedence set for the utilization of 3D printing for the preparation of drug delivery systems. The capabilities for dispensing low volumes with accuracy, precise spatial control and layer-by-layer assembly allow for the preparation of complex compositions and geometries. The high degree of flexibility and control with 3D printing enables the preparation of dosage forms with multiple active pharmaceutical ingredients with complex and tailored release profiles. A unique opportunity for this technology for the preparation of personalized doses to address individual patient needs. This review will highlight the 3D printing technologies being utilized for the fabrication of drug delivery systems, as well as the formulation and processing parameters for consideration. This article will also summarize the range of dosage forms that have been prepared using these technologies, specifically over the last 10 years.