Scaling Up: Adapting a Phage-Hunting Course to Increase Participation of First-Year Students in Research 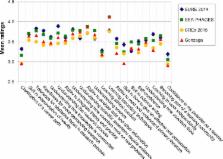 To offer a research experience to all students taking introductory biology, the authors modified the traditional two-semester Science Education Alliance Phage Hunters Advancing Genomics and Evolutionary Science (SEA-PHAGES) course by streamlining the first semester Phage Discovery lab and integrating research from the second SEA-PHAGES semester into other courses in the biology curriculum.

Authentic research experiences are valuable components of effective undergraduate education. Research experiences during the first years of college are especially critical to increase persistence in science, technology, engineering, and mathematics fields. The Science Education Alliance Phage Hunters Advancing Genomics and Evolutionary Science (SEA-PHAGES) model provides a high-impact research experience to first-year students but is usually available to a limited number of students, and its implementation is costly in faculty time and laboratory space. To offer a research experience to all students taking introductory biology at Gonzaga University ( n = 350/yr), we modified the traditional two-semester SEA-PHAGES course by streamlining the first-semester Phage Discovery lab and integrating the second SEA-PHAGES semester into other courses in the biology curriculum. Because most students in the introductory course are not biology majors, the Phage Discovery semester may be their only encounter with research. To discover whether students benefit from the first semester alone, we assessed the effects of the one-semester Phage Discovery course on students’ understanding of course content. Specifically, students showed improvement in knowledge of bacteriophages, lab math skills, and understanding experimental design and interpretation. They also reported learning gains and benefits comparable with other course-based research experiences. Responses to open-ended questions suggest that students experienced this course as a true undergraduate research experience.