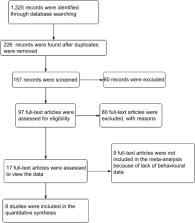 Recent studies have found that clinical pain is related to cognitive impairment. However, there remains a scarcity of systematic reviews on the influence of acute pain on attention. Laboratory-induced pain is often used to simulate acute pain. The current systematic meta-analysis aimed to evaluate the effect of induced-pain on three components of attention (orienting, alerting, and executive attention) in healthy subjects.

A systematic search of three databases was performed. Only data from studies that administered laboratory-induced pain and that also included a control group were selected. The effects of experimental pain on orienting attention, alerting attention, and executive attention were analyzed. Two reviewers assessed the studies and extracted relevant data according to the Cochrane Collaboration and Preferred Reporting Items for Systematic Reviews and Meta-Analysis Guidelines.

The activation of attentional networks.

John Fossella,  Jin Fan,  Bruce D. McCandliss … (2005)
Alerting, orienting, and executive control are widely thought to be relatively independent aspects of attention that are linked to separable brain regions. However, neuroimaging studies have yet to examine evidence for the anatomical separability of these three aspects of attention in the same subjects performing the same task. The attention network test (ANT) examines the effects of cues and targets within a single reaction time task to provide a means of exploring the efficiency of the alerting, orienting, and executive control networks involved in attention. It also provides an opportunity to examine the brain activity of these three networks as they operate in a single integrated task. We used event-related functional magnetic resonance imaging (fMRI) to explore the brain areas involved in the three attention systems targeted by the ANT. The alerting contrast showed strong thalamic involvement and activation of anterior and posterior cortical sites. As expected, the orienting contrast activated parietal sites and frontal eye fields. The executive control network contrast showed activation of the anterior cingulate along with several other brain areas. With some exceptions, activation patterns of these three networks within this single task are consistent with previous fMRI studies that have been studied in separate tasks. Overall, the fMRI results suggest that the functional contrasts within this single task differentially activate three separable anatomical networks related to the components of attention.

S D Hillyard,  George R. Mangun (1991)
Reaction time (RT) differences to visual stimuli as a function of expectancy have been attributed to changes in perceptual processing or entirely to shifts in decision and response criteria. To help distinguish between these competing interpretations, event-related brain potentials (ERPs) were recorded to lateralized flashes delivered to visual field locations precued by a central arrow (valid stimuli) or not precued (invalid stimuli). Validly cued stimuli in both simple and choice RT tasks elicited consistent amplitude enhancements of the early, sensory-evoked PI component of the ERP recorded at scalp sites overlying lateral prestriate visual cortex (90-130 ms poststimulus). In contrast, the subsequent N1 component (150-200 ms) was enhanced by validly cued stimuli in the choice RT task condition only. These electrophysiological findings support models proposing that the behavioral effects of precuing expected target locations are due, at least in part, to changes in sensory-perceptual processing. Furthermore, these data provide specific information regarding the neural mechanisms underlying such effects.