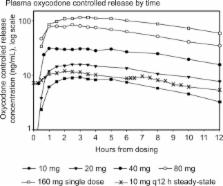 Mu opioids and their receptors: evolution of a concept.

Ying Pan,  Gavril W. Pasternak (2012)
Opiates are among the oldest medications available to manage a number of medical problems. Although pain is the current focus, early use initially focused upon the treatment of dysentery. Opium contains high concentrations of both morphine and codeine, along with thebaine, which is used in the synthesis of a number of semisynthetic opioid analgesics. Thus, it is not surprising that new agents were initially based upon the morphine scaffold. The concept of multiple opioid receptors was first suggested almost 50 years ago (Martin, 1967), opening the possibility of new classes of drugs, but the morphine-like agents have remained the mainstay in the medical management of pain. Termed mu, our understanding of these morphine-like agents and their receptors has undergone an evolution in thinking over the past 35 years. Early pharmacological studies identified three major classes of receptors, helped by the discovery of endogenous opioid peptides and receptor subtypes-primarily through the synthesis of novel agents. These chemical biologic approaches were then eclipsed by the molecular biology revolution, which now reveals a complexity of the morphine-like agents and their receptors that had not been previously appreciated.

A comparison of long- and short-acting opioids for the treatment of chronic noncancer pain: tailoring therapy to meet patient needs.

Charles E. Argoff,  Daniel Silvershein (2009)
Management of chronic noncancer pain (CNCP) requires a comprehensive assessment of the patient, the institution of a structured treatment regimen, an ongoing reassessment of the painful condition and its response to therapy, and a continual appraisal of the patient's adherence to treatment. For many patients with CNCP, the analgesic regimen will include opioids. Physicians should consider the available evidence of efficacy, the routes of administration, and the pharmacokinetics and pharmacodynamics of the various formulations as they relate to the temporal characteristics of the patient's pain. When making initial decisions, physicians should decide whether to prescribe a short-acting opioid (SAO) with a relatively quick onset of action and short duration of analgesic activity, a long-acting opioid (LAO) with a longer duration of analgesic action but a potentially longer onset of action, or both. Studies suggest that SAOs and LAOs are both effective for most types of CNCP. A review of published studies found no data to suggest that either SAOs or LAOs are generally more efficacious for treating any particular CNCP condition. The LAOs may provide more stable analgesia with less frequent dosing; however, opioid therapy should be tailored to the pain state and the individual patient, and SAOs may be appropriate for some patients with CNCP. MEDLINE and PubMed searches were conducted to locate relevant studies published from January 1975 to April 2008 using the following search terms: opioids, short-acting opioids, long-acting opioids, chronic pain, chronic pain AND opioids, and narcotics. English-only randomized controlled trials and nonrandomized studies were considered.