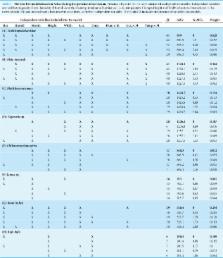 Seasonality impacts species distributions through changes of the environmental conditions that affect the presence of individuals at a given place. Although the dynamics of cave microclimates are well known, only a few studies have evaluated the effects of such dynamics on non-strictly cave species. Here we assessed if species exploiting subterranean environments show changes in habitat occupation related to seasonal variation of cave microclimates. We surveyed 16 caves in central Italy every month for one year. Caves were subdivided into longitudinal sectors of three meters. In each sector we measured cave morphology and microclimatic features, assessed the occurrence of eight non-troglobitic taxa (orthopterans, spiders, gastropods and amphibians), and related species distribution to environmental features and sampling periods. The occurrence of most species was related to both cave morphology and microclimatic features. The survey month was the major factor determining the presence of species in cave sectors, indicating that cave-dwelling taxa show strong seasonality in activity and distribution. For multiple species, we detected interactions between sampling period and microclimatic features, suggesting that species may associate with different microhabitats throughout the year. The richest communities were found in sites with specific microclimates (i.e., high humidity, warm temperature and low light) but seasonality for species richness was strong as well, stressing the complexity of interactions between outdoor and subterranean environments.

The evolution of thermal physiology in ectotherms

Living in the branches: population dynamics and ecological processes in dendritic networks.

Evan H Campbell Grant,  William Fagan,  Winsor H. Lowe (2007)
Spatial structure regulates and modifies processes at several levels of ecological organization (e.g. individual/genetic, population and community) and is thus a key component of complex systems, where knowledge at a small scale can be insufficient for understanding system behaviour at a larger scale. Recent syntheses outline potential applications of network theory to ecological systems, but do not address the implications of physical structure for network dynamics. There is a specific need to examine how dendritic habitat structure, such as that found in stream, hedgerow and cave networks, influences ecological processes. Although dendritic networks are one type of ecological network, they are distinguished by two fundamental characteristics: (1) both the branches and the nodes serve as habitat, and (2) the specific spatial arrangement and hierarchical organization of these elements interacts with a species' movement behaviour to alter patterns of population distribution and abundance, and community interactions. Here, we summarize existing theory relating to ecological dynamics in dendritic networks, review empirical studies examining the population- and community-level consequences of these networks, and suggest future research integrating spatial pattern and processes in dendritic systems.

Insect overwintering in a changing climate.

Peter J Bale,  Scott Hayward (2010)
Insects are highly successful animals inhabiting marine, freshwater and terrestrial habitats from the equator to the poles. As a group, insects have limited ability to regulate their body temperature and have thus required a range of strategies to support life in thermally stressful environments, including behavioural avoidance through migration and seasonal changes in cold tolerance. With respect to overwintering strategies, insects have traditionally been divided into two main groups: freeze tolerant and freeze avoiding, although this simple classification is underpinned by a complex of interacting processes, i.e. synthesis of ice nucleating agents, cryoprotectants, antifreeze proteins and changes in membrane lipid composition. Also, in temperate and colder climates, the overwintering ability of many species is closely linked to the diapause state, which often increases cold tolerance ahead of temperature-induced seasonal acclimatisation. Importantly, even though most species can invoke one or both of these responses, the majority of insects die from the effects of cold rather than freezing. Most studies on the effects of a changing climate on insects have focused on processes that occur predominantly in summer (development, reproduction) and on changes in distributions rather than winter survival per se. For species that routinely experience cold stress, a general hypothesis would be that predicted temperature increases of 1 degree C to 5 degrees C over the next 50-100 years would increase winter survival in some climatic zones. However, this is unlikely to be a universal effect. Negative impacts may occur if climate warming leads to a reduction or loss of winter snow cover in polar and sub-polar areas, resulting in exposure to more severe air temperatures, increasing frequency of freeze-thaw cycles and risks of ice encasement. Likewise, whilst the dominant diapause-inducing cue (photoperiod) will be unaffected by global climate change, higher temperatures may modify normal rates of development, leading to a decoupling of synchrony between diapause-sensitive life-cycle stages and critical photoperiods for diapause induction. In terms of climate warming and potential heat stress, the most recent predictions of summer temperatures in Europe of 40 degrees C or higher in 50-75 years, are close to the current upper lethal limit of some insects. Long-term data sets on insect distributions and the timing of annual migrations provide strong evidence for 'positive' responses to higher winter temperatures over timescales of the past 20-50 years in North America, Europe and Asia.

Funded by: LECA
Award ID: ANR10 LABX56
This work was supported by the LECA, of which GFF is a member, which is part of Labex OSUG@2020 (Investissements d’avenir—ANR10 LABX56). The funders had no role in study design, data collection and analysis, decision to publish, or preparation of the manuscript.