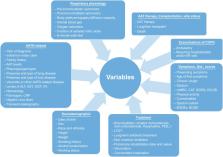 Alpha-1 antitrypsin deficiency (AATD) is a rare and underdiagnosed genetic predisposition for COPD and emphysema and other conditions, including liver disease. Although there have been improvements in terms of awareness of AATD and understanding of its treatment in recent years, current challenges center on optimizing detection and management of patients with AATD, and improving access to intravenous (IV) AAT therapy – the only available pharmacological intervention that can slow disease progression. However, as an orphan disease with geographically dispersed patients, international cooperation is essential to address these issues. To achieve this, new European initiatives in the form of the European Reference Network for Rare Lung Diseases (ERN-LUNG) and the European Alpha-1 Research Collaboration (EARCO) have been established. These organizations are striving to address the current challenges in AATD, and provide a new platform for future research efforts in AATD. The first objectives of ERN-LUNG are to establish a quality control program for European AATD laboratories and create a disease management program for AATD, following the success of such programs in the United States. The main purpose of EARCO is to create a pan-European registry, with the aim of understanding the natural history of the disease and supporting the development of new treatment modalities in AATD and access to AAT therapy. Going further, other patient-centric initiatives involve improving the convenience of intravenous AAT therapy infusions through extended-interval dosing and self-administration. The present review will discuss the implementation of these initiatives and their potential contribution to the optimization of patient care in AATD.

The discovery of α1-antitrypsin and its role in health and disease.

Sabina M Janciauskiene,  Robert Bals,  Rembert Koczulla … (2011)
α1-Antitrypsin (AAT) is the archetype member of the serine protease inhibitor (SERPIN) supergene family. The AAT deficiency is most often associated with the Z mutation, which results in abnormal Z AAT folding in the endoplasmic reticulum of hepatocytes during biogenesis. This causes intra-cellular retention of the AAT protein rather than efficient secretion with consequent deficiency of circulating AAT. The reduced serum levels of AAT contribute to the development of chronic obstructive pulmonary disease (COPD) and the accumulation of abnormally folded AAT protein increases risk for liver diseases. In this review we show that with the discovery of AAT deficiency in the early 60s as a genetically determined predisposition to the development of early-onset emphysema, intensive investigations of enzymatic mechanisms that produce lung destruction in COPD were pursued. To date, the role of AAT in other than lung and liver diseases has not been extensively examined. Current findings provide new evidence that, in addition to protease inhibition, AAT expresses anti-inflammatory, immunomodulatory and antimicrobial properties, and highlight the importance of this protein in health and diseases. In this review co-occurrence of several diseases with AAT deficiency is discussed. Copyright © 2011 Elsevier Ltd. All rights reserved.

(1998)
Subjects >= 18 yr of age with serum alpha1-antitrypsin (alpha1-AT) levels = 6 mo after enrolling, age and baseline FEV1% predicted were significant predictors of mortality. Results also showed that those subjects receiving augmentation therapy had decreased mortality (risk ratio [RR] = 0.64, 95% CI: 0. 43 to 0.94, p = 0.02) as compared with those not receiving therapy. Among 927 subjects with two or more FEV1 measurements >= 1 yr apart, the mean FEV1 decline was 54 ml/yr, with more rapid decline in males, those aged 30 to 44 yr, current smokers, those with FEV1 35 to 79% predicted, and those who ever had a bronchodilator response. Among all subjects, FEV1 decline was not different between augmentation-therapy groups (p = 0.40). However, among subjects with a mean FEV1 35 to 49% predicted, FEV1 decline was significantly slower for subjects receiving than for those not receiving augmentation therapy (mean difference = 27 ml/yr, 95% CI: 3 to 51 ml/yr; p = 0.03). Because this was not a randomized trial, we cannot exclude the possibility that these differences may have been due to other factors for which we could not control.

Medical writing assistance was funded by CSL Behring; the funder had no role in the design of the paper.