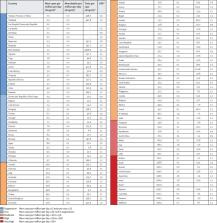 Digital technologies in the public-health response to COVID-19

Jobie Budd,  Benjamin Miller,  Erin Manning … (2020)
Digital technologies are being harnessed to support the public-health response to COVID-19 worldwide, including population surveillance, case identification, contact tracing and evaluation of interventions on the basis of mobility data and communication with the public. These rapid responses leverage billions of mobile phones, large online datasets, connected devices, relatively low-cost computing resources and advances in machine learning and natural language processing. This Review aims to capture the breadth of digital innovations for the public-health response to COVID-19 worldwide and their limitations, and barriers to their implementation, including legal, ethical and privacy barriers, as well as organizational and workforce barriers. The future of public health is likely to become increasingly digital, and we review the need for the alignment of international strategies for the regulation, evaluation and use of digital technologies to strengthen pandemic management, and future preparedness for COVID-19 and other infectious diseases.

The plight of essential workers during the COVID-19 pandemic

The Lancet (2020)
The COVID-19 pandemic has vividly highlighted how much society depends upon essential workers. Praise for the heroic work being done by health-care workers to save lives worldwide in dangerous, exhausting conditions is everywhere. But those same workers are often left unprotected by governments and systems that have failed to supply them with enough personal protective equipment (PPE), supplies, and resources to do their jobs. In April alone, there were an estimated 27 COVID-19-related health worker deaths in the USA, 106 in the UK, and 180 in Russia, with tens of thousands of infections. The actual numbers are probably much higher. But essential work extends beyond health care. Although some people have been able to shift their jobs to their homes, millions of workers have jobs that cannot be done at home—not only custodial staff and orderlies in hospitals, but also teachers and child-care workers, grocery clerks and supermarket workers, delivery people, factory and farm workers, and restaurant staff, often without adequate PPE. These people leave their homes to help maintain a semblance of normality for others, at great risk to themselves and their families. What constitutes an essential worker in the USA varies by state, but black and Latino Americans make up a large part of the essential workforce and have been disproportionately affected by COVID-19. In New York City, over 60% of COVID-19 deaths have been in black and Latino populations. Meat processing plants have become hotspots for transmission, with 700 new cases at a Texas plant on May 16. 81 employees at a Walmart in Massachusetts tested positive for COVID-19 on May 2. Those who would rather quit their jobs than be exposed to a dangerous work situation face a daunting prospect in the USA. 36 million people have filed for unemployment in the past 2 months and quitting a job (even one that is unsafe) would disqualify workers from unemployment insurance benefits. In the UK, 33% (10·6 million people) of the total workforce are deemed key workers according to the Office for National Statistics. Despite a government plan to pay furloughed workers 80% of their salary, many low-wage workers such as cleaners, migrant and seasonal workers, and student labourers might not be eligible. Transport staff have been particularly hard hit. In New York City, 120 employees of the Metropolitan Transportation Authority (MTA) have died due to COVID-19, and nearly 4000 have tested positive. The MTA changed guidance to advise wearing face masks before the US Centers for Disease Control and Prevention (CDC) and WHO shifted their guidance, but being exposed to the public, even with adequate PPE, presents dangers. At least 28 London bus drivers have died due to COVID-19, and a UK railway worker, Belly Mujinga, died after being spat on by a passenger who claimed to have COVID-19, leaving behind an 11-year-old daughter. The International Labour Organization has reported that 2·7 billion people—81% of the world's workforce—had been affected by lockdown measures. 61% of workers are from the informal sector, 90% of whom are in low-income and middle-income countries, and social protection measures are often inadequate, with a lack of access to health-care support and economic protections. Informal and migrant workers are likely to fall through the cracks and ensuring their safety must be a priority. Some US states are considering reopening restaurants, bars, gyms, and swimming pools, without a viable system in place to test, trace, and isolate people, and a CDC draft plan to lift the lockdown has been watered down by the Trump administration. In Germany, infection rates rose as lockdown restrictions began to ease and in the UK Boris Johnson's vague, amorphous plan to end lockdown has caused confusion and angered many. Gifted with a 2-month lockdown and a chance to lay the groundwork for a staged, successful reopening, many western leaders have instead prevaricated, shifted blame, and appear not to grasp the dangers of lifting lockdown without robust testing and mitigation strategies in place. The rush towards a premature, ill-advised end to the lockdown risks a second wave of infections that could surpass the first, and essential workers who never got a chance to isolate and consider their health during the first wave will face the greatest risk to their lives. When this pandemic has ended, we cannot allow a return to the status quo ante. We must ensure that essential workers can do their jobs safely, and that they have adequate health care and paid sick leave to safeguard their health beyond extraordinary pandemics. Essential workers are just that—essential—and by protecting their health, we protect the health and wellbeing of us all. For more on the COVID-19 crisis and informal and migrant workers see https://oecd-development-matters.org/2020/04/22/the-covid-19-crisis-income-support-to-informal-workers-is-necessary-and-possible/ © 2020 Niccolo Guasti/Getty Images 2020 Since January 2020 Elsevier has created a COVID-19 resource centre with free information in English and Mandarin on the novel coronavirus COVID-19. The COVID-19 resource centre is hosted on Elsevier Connect, the company's public news and information website. Elsevier hereby grants permission to make all its COVID-19-related research that is available on the COVID-19 resource centre - including this research content - immediately available in PubMed Central and other publicly funded repositories, such as the WHO COVID database with rights for unrestricted research re-use and analyses in any form or by any means with acknowledgement of the original source. These permissions are granted for free by Elsevier for as long as the COVID-19 resource centre remains active.