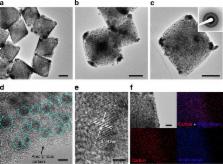 Electrochemical water splitting has been considered as a promising approach to produce clean and sustainable hydrogen fuel. However, the lack of high-performance and low-cost electrocatalysts for hydrogen evolution reaction hinders the large-scale application. As a new class of porous materials with tunable structure and composition, metal-organic frameworks have been considered as promising candidates to synthesize various functional materials. Here we demonstrate a metal-organic frameworks-assisted strategy for synthesizing nanostructured transition metal carbides based on the confined carburization in metal-organic frameworks matrix. Starting from a compound consisting of copper-based metal-organic frameworks host and molybdenum-based polyoxometalates guest, mesoporous molybdenum carbide nano-octahedrons composed of ultrafine nanocrystallites are successfully prepared as a proof of concept, which exhibit remarkable electrocatalytic performance for hydrogen production from both acidic and basic solutions. The present study provides some guidelines for the design and synthesis of nanostructured electrocatalysts. 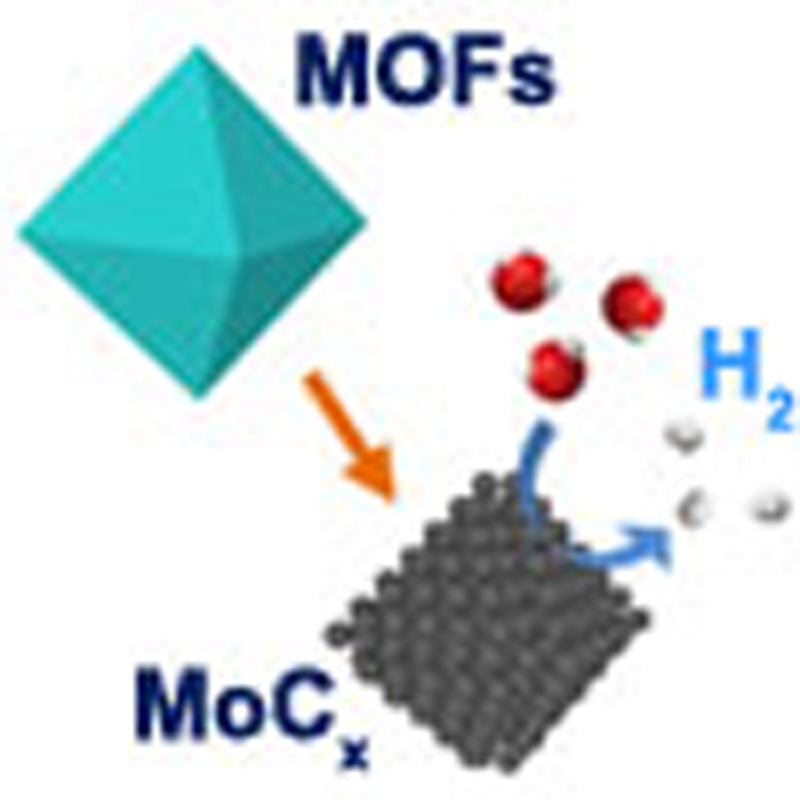 There is extensive research into non-platinum electrocatalysts for hydrogen evolution. Here, the authors report a molybdenum carbide catalyst, prepared via the carburization of a copper metal-organic framework host/molybdenum-based polyoxometalates guest system, and demonstrate its catalytic activity.

Vincenzo Nocera,  Kaitlyn Lewis,  D Nocera (2006)
Global energy consumption is projected to increase, even in the face of substantial declines in energy intensity, at least 2-fold by midcentury relative to the present because of population and economic growth. This demand could be met, in principle, from fossil energy resources, particularly coal. However, the cumulative nature of CO(2) emissions in the atmosphere demands that holding atmospheric CO(2) levels to even twice their preanthropogenic values by midcentury will require invention, development, and deployment of schemes for carbon-neutral energy production on a scale commensurate with, or larger than, the entire present-day energy supply from all sources combined. Among renewable energy resources, solar energy is by far the largest exploitable resource, providing more energy in 1 hour to the earth than all of the energy consumed by humans in an entire year. In view of the intermittency of insolation, if solar energy is to be a major primary energy source, it must be stored and dispatched on demand to the end user. An especially attractive approach is to store solar-converted energy in the form of chemical bonds, i.e., in a photosynthetic process at a year-round average efficiency significantly higher than current plants or algae, to reduce land-area requirements. Scientific challenges involved with this process include schemes to capture and convert solar energy and then store the energy in the form of chemical bonds, producing oxygen from water and a reduced fuel such as hydrogen, methane, methanol, or other hydrocarbon species.

The chemistry and applications of metal-organic frameworks.

Omar Yaghi,  Hiroyasu Furukawa,  Michael S. O’Keeffe … (2014)
Crystalline metal-organic frameworks (MOFs) are formed by reticular synthesis, which creates strong bonds between inorganic and organic units. Careful selection of MOF constituents can yield crystals of ultrahigh porosity and high thermal and chemical stability. These characteristics allow the interior of MOFs to be chemically altered for use in gas separation, gas storage, and catalysis, among other applications. The precision commonly exercised in their chemical modification and the ability to expand their metrics without changing the underlying topology have not been achieved with other solids. MOFs whose chemical composition and shape of building units can be multiply varied within a particular structure already exist and may lead to materials that offer a synergistic combination of properties.