Three-dimensional Imaging and Scanning: Current and Future Applications for Pathology 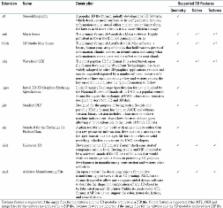 Imaging is vital for the assessment of physiologic and phenotypic details. In the past, biomedical imaging was heavily reliant on analog, low-throughput methods, which would produce two-dimensional images. However, newer, digital, and high-throughput three-dimensional (3D) imaging methods, which rely on computer vision and computer graphics, are transforming the way biomedical professionals practice. 3D imaging has been useful in diagnostic, prognostic, and therapeutic decision-making for the medical and biomedical professions. Herein, we summarize current imaging methods that enable optimal 3D histopathologic reconstruction: Scanning, 3D scanning, and whole slide imaging. Briefly mentioned are emerging platforms, which combine robotics, sectioning, and imaging in their pursuit to digitize and automate the entire microscopy workflow. Finally, both current and emerging 3D imaging methods are discussed in relation to current and future applications within the context of pathology.

Ernst H K Stelzer,  Joachim Wittbrodt,  Toby J. A. Bruce … (2009)
A long-standing goal of biology is to map the behavior of all cells during vertebrate embryogenesis. We developed digital scanned laser light sheet fluorescence microscopy and recorded nuclei localization and movement in entire wild-type and mutant zebrafish embryos over the first 24 hours of development. Multiview in vivo imaging at 1.5 billion voxels per minute provides "digital embryos," that is, comprehensive databases of cell positions, divisions, and migratory tracks. Our analysis of global cell division patterns reveals a maternally defined initial morphodynamic symmetry break, which identifies the embryonic body axis. We further derive a model of germ layer formation and show that the mesendoderm forms from one-third of the embryo's cells in a single event. Our digital embryos, with 55 million nucleus entries, are provided as a resource.

A platform for brain-wide imaging and reconstruction of individual neurons

Michael Economo,  Nathan G. Clack,  Luke D. Lavis … (2016)
The structure of axonal arbors controls how signals from individual neurons are routed within the mammalian brain. However, the arbors of very few long-range projection neurons have been reconstructed in their entirety, as axons with diameters as small as 100 nm arborize in target regions dispersed over many millimeters of tissue. We introduce a platform for high-resolution, three-dimensional fluorescence imaging of complete tissue volumes that enables the visualization and reconstruction of long-range axonal arbors. This platform relies on a high-speed two-photon microscope integrated with a tissue vibratome and a suite of computational tools for large-scale image data. We demonstrate the power of this approach by reconstructing the axonal arbors of multiple neurons in the motor cortex across a single mouse brain. DOI: http://dx.doi.org/10.7554/eLife.10566.001

Zhi Zhou,  Giulio Iannello,  Hanchuan Peng … (2013)
Open-Source 3D Visualization-Assisted Analysis (Vaa3D) is a software platform for the visualization and analysis of large-scale multidimensional images. In this protocol we describe how to use several popular features of Vaa3D, including (i) multidimensional image visualization, (ii) 3D image object generation and quantitative measurement, (iii) 3D image comparison, fusion and management, (iv) visualization of heterogeneous images and respective surface objects and (v) extension of Vaa3D functions using its plug-in interface. We also briefly demonstrate how to integrate these functions for complicated applications of microscopic image visualization and quantitative analysis using three exemplar pipelines, including an automated pipeline for image filtering, segmentation and surface generation; an automated pipeline for 3D image stitching; and an automated pipeline for neuron morphology reconstruction, quantification and comparison. Once a user is familiar with Vaa3D, visualization usually runs in real time and analysis takes less than a few minutes for a simple data set.