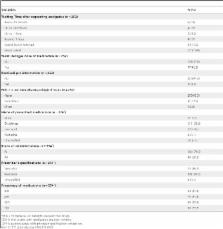 A prospective cross sectional study was conducted among 252 postoperative patients during February 13 to April 30, 2012. A contextually modified and validated (Cronbach’s α coefficient of 0.78) American Pain Society Patient Outcome Questionnaire was used to assess pain experience of patients. Patients’ charts were reviewed to assess the pattern of analgesic use. Incidence of postoperative pain was 91.4%, and remained high over 3 measurements (McNemar’s; p<0.05), and 80.1% of the patients were undertreated. The mean pain intensity, and pain interference on functional status were 6.72±1.44 and 5.61±1.13 on a 10 point Numerical rating scale respectively; both being strongly correlated(r = 0.86: p<0.001). Pain intensity was varied by ethnicity, education and preoperative information (ANOVA; P<0.05). Only 50% of the patients were adequately satisfied with their pain management. As needed ( prn), solo analgesic, null analgesic, and intramuscular orders were noted for 31.3%, 89.29%, 9.7% and 20.1% of the prescription orders respectively. Though under dose, diclofenac and tramadol were the top prescribed medications, and only 57% of their dose was administered. Linear regression model showed that the predictors of satisfaction were sex of an individual and pain interference with functional status.

Despite patients’ paradoxical high satisfaction with pain management, the majority of patients were inadequately and inappropriately treated. Thus, further research is needed to determine how best to break down current barriers to effective pain management.

A C Hatfield,  Charles Cleeland,  R Gonin … (1994)
Pain is often inadequately treated in patients with cancer. A total of 1308 outpatients with metastatic cancer from 54 treatment locations affiliated with the Eastern Cooperative Oncology Group rated the severity of their pain during the preceding week, as well as the degree of pain-related functional impairment and the degree of relief provided by analgesic drugs. Their physicians attributed the pain to various factors, described its treatment, and estimated the impact of pain on the patients' ability to function. We assessed the adequacy of prescribed analgesic drugs using guidelines developed by the World Health Organization, studied the factors that influenced whether analgesia was adequate, and determined the effects of inadequate analgesia on the patients' perception of pain relief and functional status. Sixty-seven percent of the patients (871 of 1308) reported that they had had pain or had taken analgesic drugs daily during the week preceding the study, and 36 percent (475 of 1308) had pain severe enough to impair their ability to function. Forty-two percent of those with pain (250 of the 597 patients for whom we had complete information) were not given adequate analgesic therapy. Patients seen at centers that treated predominantly minorities were three times more likely than those treated elsewhere to have inadequate pain management. A discrepancy between patient and physician in judging the severity of the patient's pain was predictive of inadequate pain management (odds ratio, 2.3). Other factors that predicted inadequate pain management included pain that physicians did not attribute to cancer (odds ratio, 1.9), better performance status (odds ratio, 1.8), age of 70 years or older (odds ratio, 2.4), and female sex (odds ratio, 1.5). Patients with less adequate analgesia reported less pain relief and greater pain-related impairment of function. Despite published guidelines for pain management, many patients with cancer have considerable pain and receive inadequate analgesia.

Development of the Wisconsin Brief Pain Questionnaire to assess pain in cancer and other diseases.

R Daut,  R C Flanery,  Charles Cleeland (1983)
This paper reports the development of a self-report instrument designed to assess pain in cancer and other diseases. It is argued that issues of reliability and validity should be considered for every pain questionnaire. Most research on measures of pain examine reliability to the relative neglect of validity concerns. The Wisconsin Brief Pain Questionnaire (BPQ) is evaluated with regard to both reliability and validity. Data from patients with cancer at 4 primary sites and from patients with rheumatoid arthritis suggest that the BPQ is sufficiently reliable and valid for research purposes. Additional methodological and theoretical issues related to validity are discussed, and the need for continuing evaluation of the BPQ and other measures of clinical pain is stressed.

This research was conducted as a partial fulfillment for a Master of Science in Clinical Pharmacy awarded to the primary author Tewodros Eyob Woldehaimanot and it was solely sponsored by the hosting Jimma University. The funder had no role in study design, data collection and analysis, decision to publish, or preparation of the manuscript.