Impact of ABCB1 and CYP2B6 Genetic Polymorphisms on Methadone Metabolism, Dose and Treatment Response in Patients with Opioid Addiction: A Systematic Review and Meta-Analysis 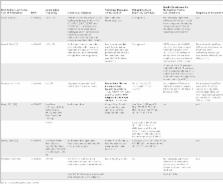 To determine whether the CYP2B6*6 or ABCB1 (rs1045642) polymorphisms are associated with variation in methadone response (plasma concentration, dose, or response to treatment).

We screened 182 articles and extracted 7 articles for inclusion in the meta-analysis. Considerable agreement was observed between the two independent raters on the title (kappa, 0.82), abstract (kappa, 0.43), and full text screening (kappa, 0.43). Trough (R) methadone plasma concentration was significantly higher in CYP2B6*6 homozygous carriers when compared to non-carriers (standardized mean difference [SMD] = 0.53, 95% confidence interval [CI], 0.05–1.00, p = 0.03) with minimal heterogeneity (I 2 = 0%). Similarly, trough (S) methadone plasma concentration was higher in homozygous carriers of the *6 haplotype when compared to non-carriers, (SMD = 1.44, 95% CI 0.27–2.61, p = 0.02) however significant heterogeneity was observed (I 2 = 69%). Carriers of the CYP2B6*6 haplotype were not found to be significantly different from non-carriers with respect to dose or response to treatment. We found no significant association between the ABCB1 polymorphism and the trough (R), (S) plasma concentrations, methadone dose, or methadone response.

Although the number of studies included and sample size were modest, this is the first meta analysis to show participants homozygous for the CYP2B6*6 genotype have higher trough (R) and (S) methadone plasma concentrations, suggesting that methadone metabolism is significantly slower in *6 homozygous carriers.

The genetics of addictions: uncovering the genes.

Gabor Oroszi,  Francesca Ducci,  David Goldman (2005)
The addictions are common chronic psychiatric diseases that today are prevented and treated using relatively untargeted and only partially effective methods. The addictions are moderately to highly heritable, which is paradoxical because these disorders require use; a choice that is itself modulated by both genes and environment. The addictions are interrelated and related to other psychiatric diseases by common neurobiological pathways, including those that modulate reward, behavioural control and the anxiety or stress response. Our future understanding of addictions will be enhanced by the identification of genes that have a role in altered substance-specific vulnerabilities such as variation in drug metabolism or drug receptors and a role in shared vulnerabilities such as variation in reward or stress resiliency.

The efficacy of methadone maintenance interventions in reducing illicit opiate use, HIV risk behavior and criminality: a meta-analysis.

Lisa A Marsch (1998)
To provide empirically based evaluation data regarding the efficacy of psychopharmacological interventions in opiate substance abuse, the present study employed meta-analytic statistical procedures to determine the effectiveness of methadone hydrochloride as a pharmacotherapeutic agent. Empirical research findings from 11 studies investigating the effect of methadone maintenance treatment (MMT) on illicit opiate use, and eight and 24 studies investigating the effect of MMT on HIV risk behaviors and criminal activities, respectively, by individuals in such treatment were addressed. Results demonstrate a consistent, statistically significant relationship between MMT and the reduction of illicit opiate use, HIV risk behaviors and drug and property-related criminal behaviors. The effectiveness of MMT is most apparent in its ability to reduce drug-related criminal behaviors. MMT had a moderate effect in reducing illicit opiate use and drug and property-related criminal behaviors, and a small to moderate effect in reducing HIV risk behaviors. Results clarify discrepancies in the literature and are useful in predicting the outcomes of individuals in treatment. The treatment's effectiveness is evident among opiate-dependent individuals across a variety of contexts, cultural and ethnic groups, and study designs.

A comparison of levomethadyl acetate, buprenorphine, and methadone for opioid dependence.

This work was supported by CIHR Drug Safety and Effectiveness Network (DSEN) grant (grant number: 126639). The funders had no role in study design, data collection and analysis, decision to publish, or preparation of the manuscript.