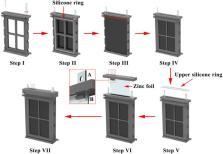 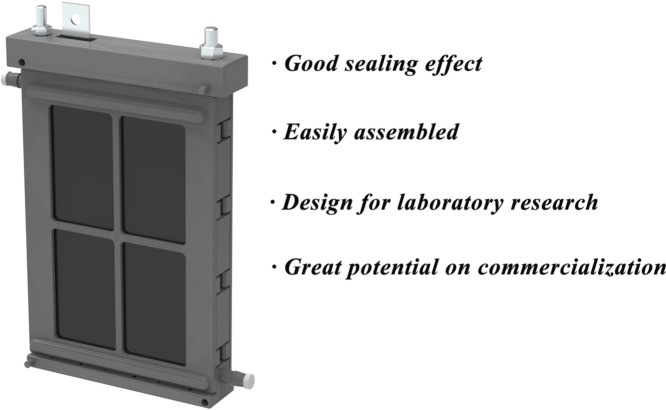 Ethanol as an electrolyte additive for alkaline zinc-air flow batteries

Soraya Hosseini,  Siow Jing Han,  Amornchai Arponwichanop … (2018)
Zinc-air flow batteries exhibit high energy density and offer several appealing advantages. However, their low efficiency of zinc utilization resulted from passivation and corrosion of the zinc anodes has limited their broad application. In this work, ethanol, which is considered as an environmentally friendly solvent, is examined as an electrolyte additive to potassium hydroxide (KOH) aqueous electrolyte to improve electrochemical performance of the batteries. Besides, the effects of adding different percentages of ethanol (0–50% v/v) to 8 M KOH aqueous electrolyte were investigated and discussed. Cyclic voltammograms revealed that the presence of 5–10% v/v ethanol is attributed to the enhancement of zinc dissolution and the hindrance of zinc anode passivation. Also, potentiodynamic polarization and electrochemical impedance spectroscopy confirmed that adding 5–10% v/v ethanol could effectively suppress the formation of passivating layers on the active surface of the zinc anodes. Though the addition of ethanol increased solution resistance and hence slightly decreased the discharge potential of the batteries, a significant enhancement of discharge capacity and energy density could be sought. Also, galvanostatic discharge results indicated that the battery using 10% v/v ethanol electrolyte exhibited the highest electrochemical performance with 30% increase in discharge capacity and 16% increase in specific energy over that of KOH electrolyte without ethanol.

Soraya Hosseini,  Ali Abbasi,  Luc-Olivier Uginet … (2019)
The present work describes the effects of dimethyl sulfoxide (DMSO) in KOH aqueous electrolyte on the performance of a zinc-air flow battery. Aqueous electrolytes containing 7 M KOH and (0 to 20)% v/v DMSO were studied revealing a critical role of DMSO on the dissolution and deposition of zinc. The anodic zinc dissolution process was studied via cyclic voltammetry, Tafel polarization and electrochemical impedance spectroscopy (EIS). The presence of DMSO showed improved zinc dissolution performance with the highest peak of zinc dissolution being the electrolyte containing 5% v/v DMSO. Tafel analysis demonstrated a significant decrease in polarization resistance and an increase in corrosion rate due to the introduction of DMSO to the electrolyte. This suggests that DMSO has the ability to suspend zinc oxide in the electrolyte, thus preventing passivation of the zinc surface. EIS results revealed that by adding DMSO to the electrolyte, charge transfer resistance increased. This is attributed to the formation of passive layers having arisen from DMSO adsorption, the formation of zincate ions in the vicinity of the zinc surface, and the deposition of discharged products. A difference in Nyquist plots was observed for 20% v/v DMSO/KOH and 0% v/v DMSO/KOH electrolytes implying non-Debye relaxation behavior taking place due to the surface effects. The electrolytes were implemented in a zinc-air flow battery. Maximum power densities of 130 mW/cm2 (5% v/v DMSO) and 125 mW/cm2 (20% v/v DMSO) were obtained and were observed to be about 43% and 28% higher than that of the DMSO-free electrolyte. Results indicated that when 20% v/v DMSO was added to KOH solution, there was 67% zinc utilization efficiency (550 mAh/g) which provided 20% improvement in discharge capacity. Further, the battery with 20% v/v DMSO demonstrated excellent cyclability. Overall, DMSO shows great promise for enhancement of zinc dissolution/deposition in zinc-air batteries.