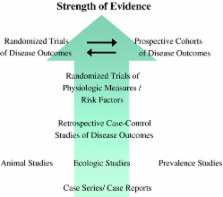 Dietary and policy recommendations frequently focus on reducing saturated fatty acid consumption for improving cardiometabolic health, based largely on ecologic and animal studies. Recent advances in nutritional science now allow assessment of critical questions about health effects of saturated fatty acids (SFA). We reviewed the evidence from randomized controlled trials (RCTs) of lipid and non-lipid risk factors, prospective cohort studies of disease endpoints, and RCTs of disease endpoints for cardiometabolic effects of SFA consumption in humans, including whether effects vary depending on specific SFA chain-length; on the replacement nutrient; or on disease outcomes evaluated. Compared with carbohydrate, the TC:HDL-C ratio is nonsignificantly affected by consumption of myristic or palmitic acid, is nonsignificantly decreased by stearic acid, and is significantly decreased by lauric acid. However, insufficient evidence exists for different chain-length-specific effects on other risk pathways or, more importantly, disease endpoints. Based on consistent evidence from human studies, replacing SFA with polyunsaturated fat modestly lowers coronary heart disease risk, with ~10% risk reduction for a 5% energy substitution; whereas replacing SFA with carbohydrate has no benefit and replacing SFA with monounsaturated fat has uncertain effects. Evidence for the effects of SFA consumption on vascular function, insulin resistance, diabetes, and stroke is mixed, with many studies showing no clear effects, highlighting a need for further investigation of these endpoints. Public health emphasis on reducing SFA consumption without considering the replacement nutrient or, more importantly, the many other food-based risk factors for cardiometabolic disease is unlikely to produce substantial intended benefits.

Inflammation and activated innate immunity in the pathogenesis of type 2 diabetes.

John C. Pickup (2004)
There is increasing evidence that an ongoing cytokine-induced acute-phase response (sometimes called low-grade inflammation, but part of a widespread activation of the innate immune system) is closely involved in the pathogenesis of type 2 diabetes and associated complications such as dyslipidemia and atherosclerosis. Elevated circulating inflammatory markers such as C-reactive protein and interleukin-6 predict the development of type 2 diabetes, and several drugs with anti-inflammatory properties lower both acute-phase reactants and glycemia (aspirin and thiazolidinediones) and possibly decrease the risk of developing type 2 diabetes (statins). Among the risk factors for type 2 diabetes, which are also known to be associated with activated innate immunity, are age, inactivity, certain dietary components, smoking, psychological stress, and low birth weight. Activated immunity may be the common antecedent of both type 2 diabetes and atherosclerosis, which probably develop in parallel. Other features of type 2 diabetes, such as fatigue, sleep disturbance, and depression, are likely to be at least partly due to hypercytokinemia and activated innate immunity. Further research is needed to confirm and clarify the role of innate immunity in type 2 diabetes, particularly the extent to which inflammation in type 2 diabetes is a primary abnormality or partly secondary to hyperglycemia, obesity, atherosclerosis, or other common features of the disease.

Patty W. Siri-Tarino, Qi Sun, Frank Hu … (2010)
A reduction in dietary saturated fat has generally been thought to improve cardiovascular health. The objective of this meta-analysis was to summarize the evidence related to the association of dietary saturated fat with risk of coronary heart disease (CHD), stroke, and cardiovascular disease (CVD; CHD inclusive of stroke) in prospective epidemiologic studies. Twenty-one studies identified by searching MEDLINE and EMBASE databases and secondary referencing qualified for inclusion in this study. A random-effects model was used to derive composite relative risk estimates for CHD, stroke, and CVD. During 5-23 y of follow-up of 347,747 subjects, 11,006 developed CHD or stroke. Intake of saturated fat was not associated with an increased risk of CHD, stroke, or CVD. The pooled relative risk estimates that compared extreme quantiles of saturated fat intake were 1.07 (95% CI: 0.96, 1.19; P = 0.22) for CHD, 0.81 (95% CI: 0.62, 1.05; P = 0.11) for stroke, and 1.00 (95% CI: 0.89, 1.11; P = 0.95) for CVD. Consideration of age, sex, and study quality did not change the results. A meta-analysis of prospective epidemiologic studies showed that there is no significant evidence for concluding that dietary saturated fat is associated with an increased risk of CHD or CVD. More data are needed to elucidate whether CVD risks are likely to be influenced by the specific nutrients used to replace saturated fat.