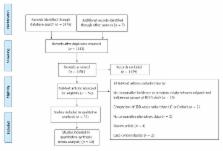 To summarise the current literature and define patterns of disease in migrant and racial groups.

A structured key word search in Ovid Medline and EMBASE was undertaken in accordance with PRISMA guidelines. Studies on incidence, prevalence and disease phenotype of migrants and races compared with indigenous groups were eligible for inclusion.

Thirty-three studies met the inclusion criteria. Individual studies showed significant differences in incidence, prevalence and disease phenotype between migrants or race and indigenous groups. Pooled analysis could only be undertaken for incidence studies on South Asians where there was significant heterogeneity between the studies [95% for ulcerative colitis (UC), 83% for Crohn’s disease (CD)]. The difference between incidence rates was not significant with a rate ratio South Asian: Caucasian of 0.78 (95%CI: 0.22-2.78) for CD and 1.39 (95%CI: 0.84-2.32) for UC. South Asians showed consistently higher incidence and more extensive UC than the indigenous population in five countries. A similar pattern was observed for Hispanics in the United States. Bangladeshis and African Americans showed an increased risk of CD with perianal disease.

This review suggests that migration and race influence the risk of developing inflammatory bowel disease. This may be due to different inherent responses upon exposure to an environmental trigger in the adopted country. Further prospective studies on homogenous migrant populations are needed to validate these observations, with a parallel arm for in-depth investigation of putative drivers.

Incidence and phenotype of inflammatory bowel disease based on results from the Asia-pacific Crohn's and colitis epidemiology study.

Siew C. Ng,  Whitney Tang,  Jessica Y. L. Ching … (2013)
Inflammatory bowel diseases (IBD) are becoming more common in Asia, but epidemiologic data are lacking. The Asia-Pacific Crohn's and Colitis Epidemiology Study aimed to determine the incidence and phenotype of IBD in 8 countries across Asia and in Australia. We performed a prospective, population-based study of IBD incidence in predefined catchment areas, collecting data for 1 year, starting on April 1, 2011. New cases were ascertained from multiple overlapping sources and entered into a Web-based database. Cases were confirmed using standard criteria. Local endoscopy, pathology, and pharmacy records were searched to ensure completeness of case capture. We identified 419 new cases of IBD (232 of ulcerative colitis [UC], 166 of Crohn's disease [CD], and 21 IBD-undetermined). The crude annual overall incidence values per 100,000 individuals were 1.37 for IBD in Asia (95% confidence interval: 1.25-1.51; 0.76 for UC, 0.54 for CD, and 0.07 for IBD-undetermined) and 23.67 in Australia (95% confidence interval: 18.46-29.85; 7.33 for UC, 14.00 for CD, and 2.33 for IBD-undetermined). China had the highest incidence of IBD in Asia (3.44 per 100,000 individuals). The ratios of UC to CD were 2.0 in Asia and 0.5 in Australia. Median time from symptom onset to diagnosis was 5.5 months (interquartile range, 1.4-15 months). Complicated CD (stricturing, penetrating, or perianal disease) was more common in Asia than Australia (52% vs 24%; P = .001), and a family history of IBD was less common in Asia (3% vs 17%; P < .001). We performed a large-scale population-based study and found that although the incidence of IBD varies throughout Asia, it is still lower than in the West. IBD can be as severe or more severe in Asia than in the West. The emergence of IBD in Asia will result in the need for specific health care resources, and offers a unique opportunity to study etiologic factors in developing nations. Copyright © 2013 AGA Institute. Published by Elsevier Inc. All rights reserved.

Elyse R Park,  Federico Hoffmann,   … (2003)
To define epidemiologic and clinical characteristics of newly diagnosed pediatric inflammatory bowel disease (IBD) in a large population-based model. All pediatric gastroenterologists providing care for Wisconsin children voluntarily identified all new cases of IBD during a 2-year period. Demographic and clinical data were sent to a central registry prospectively for analysis. The incidence of IBD in Wisconsin children was 7.05 per 100,000, whereas the incidence for Crohn's disease was 4.56, more than twice the rate of ulcerative colitis (2.14). An equal IBD incidence occurred among all ethnic groups, and children from sparsely and densely populated counties were equally affected. The majority (89%) of new IBD diagnoses were nonfamilial. This study provides novel, prospective, and comprehensive information on pediatric IBD incidence within the United States. The surprisingly high incidence of pediatric IBD, the predominance of Crohn's disease over ulcerative colitis, the low frequency of patients with a family history, the equal distribution of IBD among all racial and ethnic groups, and the lack of a modulatory effect of urbanization on IBD incidence collectively suggest that the clinical spectrum of IBD is still evolving and point to environmental factors contributing to the pathogenesis.

Jeffrey Hyams,  Carlo Di Lorenzo,  Miguel Saps … (2016)
Characterization of childhood and adolescent functional gastrointestinal disorders (FGIDs) has evolved during the two decade long Rome process now culminating in Rome IV. The era of diagnosing a FGID only when organic disease has been excluded is waning,as we now have evidence to support symptom-based diagnosis. In child/adolescent Rome IV we extend this concept by removing the dictum that there was "no evidence for organic disease" in all definitions and replacing it with "after appropriate medical evaluation the symptoms cannot be attributed to another medical condition". This change allows the clinician to perform selective or no testing to support a positive diagnosis of a FGID. We also point out that FGIDs can coexist with other medical conditions that themselves result in gastrointestinal symptoms (e.g., inflammatory bowel disease). In Rome IV functional nausea and functional vomiting are now described. Rome III "abdominal pain related functional gastrointestinal disorders" (AP-FGID) has been changed to functional abdominal pain disorders (FAPD) and we have derived a new term, "functional abdominal pain -not otherwise specified", to describe children who do not fit a specific disorder such as irritable bowel, functional dyspepsia, or abdominal migraine. Rome IV FGID definitions should enhance clarity for both clinicians and researchers.

Author contributions: Misra R and Arebi N were responsible for the conception and design of the study, and for revising it critically for important intellectual content; Misra R contributed to acquisition of data and analysis; all authors issued final approval of the version to be submitted.