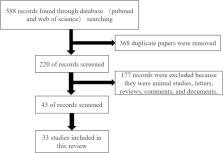 The efficacy and safety of degarelix: a 12-month, comparative, randomized, open-label, parallel-group phase III study in patients with prostate cancer.

Kenneth Cantor,  C Andreou,  Neal Shore … (2008)
To evaluate the efficacy and safety of degarelix, a new gonadotrophin-releasing hormone (GnRH) antagonist (blocker), vs leuprolide for achieving and maintaining testosterone suppression in a 1-year phase III trial involving patients with prostate cancer. In all, 610 patients with adenocarcinoma of the prostate (any stage; median age 72 years; median testosterone 3.93 ng/mL, median prostate-specific antigen, PSA, level 19.0 ng/mL) were randomized and received study treatment. Androgen-deprivation therapy was indicated (neoadjuvant hormonal treatment was excluded) according to the investigator's assessment. Three dosing regimens were evaluated: a starting dose of 240 mg of degarelix subcutaneous (s.c.) for 1 month, followed by s.c. maintenance doses of 80 mg or 160 mg monthly, or intramuscular (i.m.) leuprolide doses of 7.5 mg monthly. Therapy was maintained for the 12-month study. Both the intent-to-treat (ITT) and per protocol populations were analysed. The primary endpoint of the trial was suppression of testosterone to

Anne Couvelard,  Mai Hai,  Aurelian Radu … (2010)
In adult humans, the follicle-stimulating hormone (FSH) receptor is expressed only in the granulosa cells of the ovary and the Sertoli cells of the testis. It is minimally expressed by the endothelial cells of gonadal blood vessels. We used immunohistochemical and immunoblotting techniques involving four separate FSH-receptor-specific monoclonal antibodies that recognize different FSH receptor epitopes and in situ hybridization to detect FSH receptor in tissue samples from patients with a wide range of tumors. Immunoelectron microscopy was used to detect FSH receptor in mouse tumors. In all 1336 patients examined, FSH receptor was expressed by endothelial cells in tumors of all grades, including early T1 tumors. The tumors were located in the prostate, breast, colon, pancreas, urinary bladder, kidney, lung, liver, stomach, testis, and ovary. In specimens obtained during surgery performed to remove tumors, the FSH receptor was not expressed in the normal tissues located more than 10 mm from the tumors. The tumor lymphatic vessels did not express FSH receptor. The endothelial cells that expressed FSH receptor were located at the periphery of the tumors in a layer that was approximately 10 mm thick; this layer extended both into and outside of the tumor. Immunoelectron microscopy in mice with xenograft tumors, after perfusion with anti–FSH-receptor antibodies coupled to colloidal gold, showed that the FSH receptor is exposed on the luminal endothelial surface and can bind and internalize circulating ligands. FSH receptor is selectively expressed on the surface of the blood vessels of a wide range of tumors. (Funded by INSERM.).