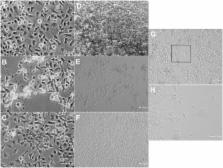 Wolbachia, an intracellular endosymbiont present in up to 70% of all insect species, has been suggested as a sustainable strategy for the control of arboviruses such as Dengue, Zika and Chikungunya. As Mayaro virus outbreaks have also been reported in Latin American countries, the objective of this study was to evaluate the vector competence of Brazilian field-collected Ae. aegypti and the impact of Wolbachia ( wMel strain) upon this virus. Our in vitro studies with Aag2 cells showed that Mayaro virus can rapidly multiply, whereas in wMel-infected Aag2 cells, viral growth was significantly impaired. In addition, C6/36 cells seem to have alterations when infected by Mayaro virus. In vivo experiments showed that field-collected Ae. aegypti mosquitoes are highly permissive to Mayaro virus infection, and high viral prevalence was observed in the saliva. On the other hand, Wolbachia-harboring mosquitoes showed significantly impaired capability to transmit Mayaro virus. Our results suggest that the use of Wolbachia-harboring mosquitoes may represent an effective mechanism for the reduction of Mayaro virus transmission throughout Latin America.

A Wolbachia symbiont in Aedes aegypti limits infection with dengue, Chikungunya, and Plasmodium.

Luciano Moreira,  Inaki Iturbe-Ormaetxe,  Jason Jeffery … (2009)
Wolbachia are maternally inherited intracellular bacterial symbionts that are estimated to infect more than 60% of all insect species. While Wolbachia is commonly found in many mosquitoes it is absent from the species that are considered to be of major importance for the transmission of human pathogens. The successful introduction of a life-shortening strain of Wolbachia into the dengue vector Aedes aegypti that halves adult lifespan has recently been reported. Here we show that this same Wolbachia infection also directly inhibits the ability of a range of pathogens to infect this mosquito species. The effect is Wolbachia strain specific and relates to Wolbachia priming of the mosquito innate immune system and potentially competition for limiting cellular resources required for pathogen replication. We suggest that this Wolbachia-mediated pathogen interference may work synergistically with the life-shortening strategy proposed previously to provide a powerful approach for the control of insect transmitted diseases. Copyright 2009 Elsevier Inc. All rights reserved.

The global distribution of the arbovirus vectors Aedes aegypti and Ae. albopictus

Moritz Kraemer,  Marianne Sinka,  Kirsten A. Duda … (2015)
Dengue and chikungunya are increasing global public health concerns due to their rapid geographical spread and increasing disease burden. Knowledge of the contemporary distribution of their shared vectors, Aedes aegypti and Aedes albopictus remains incomplete and is complicated by an ongoing range expansion fuelled by increased global trade and travel. Mapping the global distribution of these vectors and the geographical determinants of their ranges is essential for public health planning. Here we compile the largest contemporary database for both species and pair it with relevant environmental variables predicting their global distribution. We show Aedes distributions to be the widest ever recorded; now extensive in all continents, including North America and Europe. These maps will help define the spatial limits of current autochthonous transmission of dengue and chikungunya viruses. It is only with this kind of rigorous entomological baseline that we can hope to project future health impacts of these viruses. DOI: http://dx.doi.org/10.7554/eLife.08347.001

Woolf Walker,  Francesca D. Frentiu,  Conor McMeniman … (2011)
Dengue fever is the most important mosquito-borne viral disease of humans with more than 50 million cases estimated annually in more than 100 countries. Disturbingly, the geographic range of dengue is currently expanding and the severity of outbreaks is increasing. Control options for dengue are very limited and currently focus on reducing population abundance of the major mosquito vector, Aedes aegypti. These strategies are failing to reduce dengue incidence in tropical communities and there is an urgent need for effective alternatives. It has been proposed that endosymbiotic bacterial Wolbachia infections of insects might be used in novel strategies for dengue control. For example, the wMelPop-CLA Wolbachia strain reduces the lifespan of adult A. aegypti mosquitoes in stably transinfected lines. This life-shortening phenotype was predicted to reduce the potential for dengue transmission. The recent discovery that several Wolbachia infections, including wMelPop-CLA, can also directly influence the susceptibility of insects to infection with a range of insect and human pathogens has markedly changed the potential for Wolbachia infections to control human diseases. Here we describe the successful transinfection of A. aegypti with the avirulent wMel strain of Wolbachia, which induces the reproductive phenotype cytoplasmic incompatibility with minimal apparent fitness costs and high maternal transmission, providing optimal phenotypic effects for invasion. Under semi-field conditions, the wMel strain increased from an initial starting frequency of 0.65 to near fixation within a few generations, invading A. aegypti populations at an accelerated rate relative to trials with the wMelPop-CLA strain. We also show that wMel and wMelPop-CLA strains block transmission of dengue serotype 2 (DENV-2) in A. aegypti, forming the basis of a practical approach to dengue suppression.