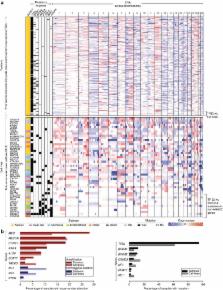 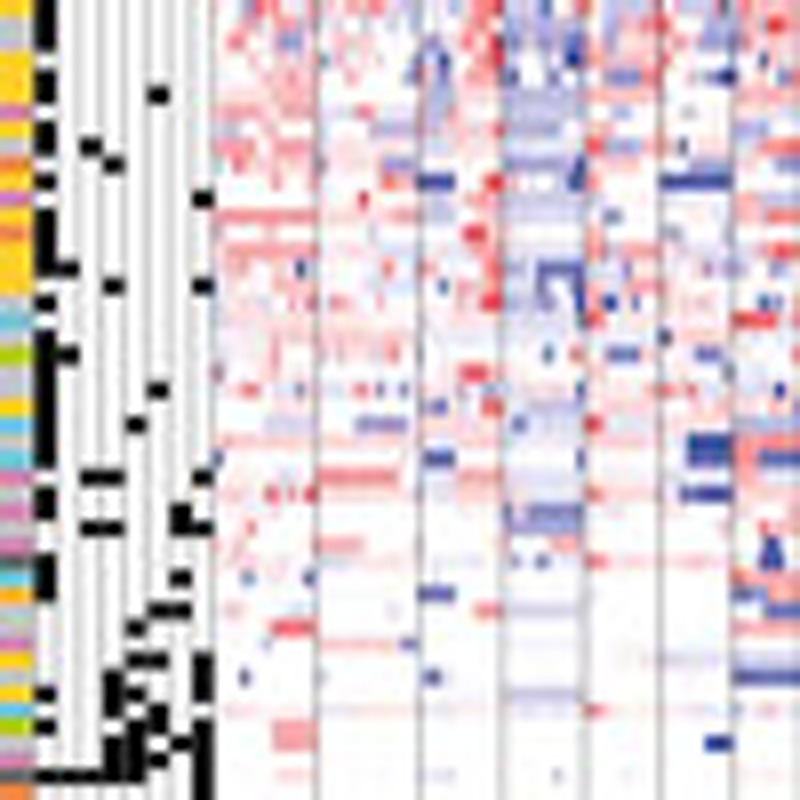 Mutation of the PIK3CA gene in ovarian and breast cancer.

Ian G. Campbell,  S Hooi,  Marianne L Ciavarella … (2004)
Phosphatidylinositol 3'-kinases are lipid kinases with important roles in neoplasia. Recently, a very high frequency of somatic mutations in PIK3CA has been reported among a large series of colorectal cancers. However, the relevance of PIK3CA mutation in other cancer types remains unclear because of the limited number of tumors investigated. We have screened a total of 284 primary human tumors for mutations in all coding exons of PIK3CA using a combination of single stranded conformational polymorphism and denaturing high-performance liquid chromatography analysis. Among 70 primary breast cancers, 40% (28 of 70) harbored mutations in PIK3CA, making it the most common mutation described to date in this cancer type. Mutations were not associated with histologic subtype, estrogen receptor status, grade or presence of tumor in lymph nodes. Among the primary epithelial ovarian cancers only 11 of 167 (6.6%) contain somatic mutations, but there was a clear histologic subtype bias in their distribution. Only 2 of 88 (2.3%) of serous carcinomas had PIK3CA mutations compared with 8 of 40 (20.0%) endometrioid and clear cell cancers, which was highly significant (P = 0.001). In contrast, PIK3CA gene amplification (>7-fold) was common among all histologic subtypes (24.5%) and was inversely associated with the presence of mutations. Overall, PIK3CA mutation or gene amplification was detected in 30.5% of all ovarian cancers and 45% of the endometrioid and clear cell subtypes. Our study is the first direct evidence that PIK3CA is an oncogene in ovarian cancer and greatly extends recent findings in breast cancer.

This article is licensed under a Creative Commons Attribution 3.0 Unported Licence. To view a copy of this licence visit http://creativecommons.org/licenses/by/3.0/.