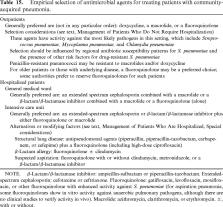 Publisher: The University of Chicago Press

Prognosis and outcomes of patients with community-acquired pneumonia. A meta-analysis.

Thomas A Smith,  Sumeet S. Mutha,  Joel L Weissfeld … (1996)
To systematically review the medical literature on the prognosis and outcomes of patients with community-acquired pneumonia (CAP). A MEDLINE literature search of English-language articles involving human subjects and manual reviews of article bibliographies were used to identify studies of prognosis in CAP. Review of 4573 citations revealed 122 articles (127 unique study cohorts) that reported medical outcomes in adults with CAP. Qualitative assessments of studies' patient populations, designs, and patient outcomes were performed. Summary univariate odds ratios (ORs) and rate differences (RDs) and their associated 95% confidence intervals (CIs) were computed to estimate a summary effect size for the association of prognostic factors and mortality. The overall mortality for the 33,148 patients in all 127 study cohorts was 13.7%, ranging from 5.1% for the 2097 hospitalized and ambulatory patients (in six study cohorts) to 36.5% for the 788 intensive care unit patients (in 13 cohorts). Mortality varied by pneumonia etiology, ranging from less than 2% to greater than 30%. Eleven prognostic factors were significantly associated with mortality using both summary ORs and RDs: male sex (OR = 1.3; 95% CI, 1.2 to 1.4), pleuritic chest pain (OR = 0.5; 95% CI, 0.3 to 0.8), hypothermia (OR = 5.0; 95% CI, 2.4 to 10.4), systolic hypotension (OR = 4.8; 95% CI, 2.8 to 8.3), tachypnea (OR = 2.9; 95% CI, 1.7 to 4.9), diabetes mellitus (OR = 1.3; 95% CI, 1.1 to 1.5), neoplastic disease (OR = 2.8; 95% CI, 2.4 to 3.1), neurologic disease (OR = 4.6; 95% CI, 2.3 to 8.9), bacteremia (OR = 2.8; 95% CI, 2.3 to 3.6), leukopenia (OR = 2.5, 95% CI, 1.6 to 3.7), and multilobar radiographic pulmonary infiltrate (OR = 3.1; 95% CI, 1.9 to 5.1). Assessments of other clinically relevant medical outcomes such as morbid complications (41 cohorts), symptoms resolution (seven cohorts), return to work or usual activities (five cohorts), or functional status (one cohort) were infrequently performed. Mortality for patients hospitalized with CAP was high and was associated with characteristics of the study cohort, pneumonia etiology, and a variety of prognostic factors. Generalization of these findings to all patients with CAP should be made with caution because of insufficient published information on medical outcomes other than mortality in ambulatory patients.

Ross D. Henderson,  Aaron Russell,  Melinda D Dennis … (2000)
The Working Group on Civilian Biodefense has developed consensus-based recommendations for measures to be taken by medical and public health professionals following the use of plague as a biological weapon against a civilian population. The working group included 25 representatives from major academic medical centers and research, government, military, public health, and emergency management institutions and agencies. MEDLINE databases were searched from January 1966 to June 1998 for the Medical Subject Headings plague, Yersinia pestis, biological weapon, biological terrorism, biological warfare, and biowarfare. Review of the bibliographies of the references identified by this search led to subsequent identification of relevant references published prior to 1966. In addition, participants identified other unpublished references and sources. Additional MEDLINE searches were conducted through January 2000. The first draft of the consensus statement was a synthesis of information obtained in the formal evidence-gathering process. The working group was convened to review drafts of the document in October 1998 and May 1999. The final statement incorporates all relevant evidence obtained by the literature search in conjunction with final consensus recommendations supported by all working group members. An aerosolized plague weapon could cause fever, cough, chest pain, and hemoptysis with signs consistent with severe pneumonia 1 to 6 days after exposure. Rapid evolution of disease would occur in the 2 to 4 days after symptom onset and would lead to septic shock with high mortality without early treatment. Early treatment and prophylaxis with streptomycin or gentamicin or the tetracycline or fluoroquinolone classes of antimicrobials would be advised.