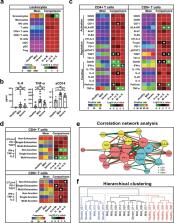 Chaolin Huang,  Yeming Wang,  Xingwang Li … (2022)
Summary Background A recent cluster of pneumonia cases in Wuhan, China, was caused by a novel betacoronavirus, the 2019 novel coronavirus (2019-nCoV). We report the epidemiological, clinical, laboratory, and radiological characteristics and treatment and clinical outcomes of these patients. Methods All patients with suspected 2019-nCoV were admitted to a designated hospital in Wuhan. We prospectively collected and analysed data on patients with laboratory-confirmed 2019-nCoV infection by real-time RT-PCR and next-generation sequencing. Data were obtained with standardised data collection forms shared by WHO and the International Severe Acute Respiratory and Emerging Infection Consortium from electronic medical records. Researchers also directly communicated with patients or their families to ascertain epidemiological and symptom data. Outcomes were also compared between patients who had been admitted to the intensive care unit (ICU) and those who had not. Findings By Jan 2, 2020, 41 admitted hospital patients had been identified as having laboratory-confirmed 2019-nCoV infection. Most of the infected patients were men (30 [73%] of 41); less than half had underlying diseases (13 [32%]), including diabetes (eight [20%]), hypertension (six [15%]), and cardiovascular disease (six [15%]). Median age was 49·0 years (IQR 41·0–58·0). 27 (66%) of 41 patients had been exposed to Huanan seafood market. One family cluster was found. Common symptoms at onset of illness were fever (40 [98%] of 41 patients), cough (31 [76%]), and myalgia or fatigue (18 [44%]); less common symptoms were sputum production (11 [28%] of 39), headache (three [8%] of 38), haemoptysis (two [5%] of 39), and diarrhoea (one [3%] of 38). Dyspnoea developed in 22 (55%) of 40 patients (median time from illness onset to dyspnoea 8·0 days [IQR 5·0–13·0]). 26 (63%) of 41 patients had lymphopenia. All 41 patients had pneumonia with abnormal findings on chest CT. Complications included acute respiratory distress syndrome (12 [29%]), RNAaemia (six [15%]), acute cardiac injury (five [12%]) and secondary infection (four [10%]). 13 (32%) patients were admitted to an ICU and six (15%) died. Compared with non-ICU patients, ICU patients had higher plasma levels of IL2, IL7, IL10, GSCF, IP10, MCP1, MIP1A, and TNFα. Interpretation The 2019-nCoV infection caused clusters of severe respiratory illness similar to severe acute respiratory syndrome coronavirus and was associated with ICU admission and high mortality. Major gaps in our knowledge of the origin, epidemiology, duration of human transmission, and clinical spectrum of disease need fulfilment by future studies. Funding Ministry of Science and Technology, Chinese Academy of Medical Sciences, National Natural Science Foundation of China, and Beijing Municipal Science and Technology Commission.

Influence of Inflammation in the Process of T Lymphocyte Differentiation: Proliferative, Metabolic, and Oxidative Changes

Marco Moro-García,  Juan C. Mayo,  Rosa M. Sainz … (2018)
T lymphocytes, from their first encounter with their specific antigen as naïve cell until the last stages of their differentiation, in a replicative state of senescence, go through a series of phases. In several of these stages, T lymphocytes are subjected to exponential growth in successive encounters with the same antigen. This entire process occurs throughout the life of a human individual and, earlier, in patients with chronic infections/pathologies through inflammatory mediators, first acutely and later in a chronic form. This process plays a fundamental role in amplifying the activating signals on T lymphocytes and directing their clonal proliferation. The mechanisms that control cell growth are high levels of telomerase activity and maintenance of telomeric length that are far superior to other cell types, as well as metabolic adaptation and redox control. Large numbers of highly differentiated memory cells are accumulated in the immunological niches where they will contribute in a significant way to increase the levels of inflammatory mediators that will perpetuate the new state at the systemic level. These levels of inflammation greatly influence the process of T lymphocyte differentiation from naïve T lymphocyte, even before, until the arrival of exhaustion or cell death. The changes observed during lymphocyte differentiation are correlated with changes in cellular metabolism and these in turn are influenced by the inflammatory state of the environment where the cell is located. Reactive oxygen species (ROS) exert a dual action in the population of T lymphocytes. Exposure to high levels of ROS decreases the capacity of activation and T lymphocyte proliferation; however, intermediate levels of oxidation are necessary for the lymphocyte activation, differentiation, and effector functions. In conclusion, we can affirm that the inflammatory levels in the environment greatly influence the differentiation and activity of T lymphocyte populations. However, little is known about the mechanisms involved in these processes. The elucidation of these mechanisms would be of great help in the advance of improvements in pathologies with a large inflammatory base such as rheumatoid arthritis, intestinal inflammatory diseases, several infectious diseases and even, cancerous processes.