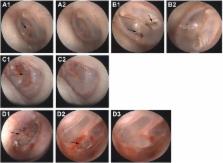 Shan Gao,  Qing Guo,  Chengguang Qin … (2017)
Sea buckthorn fruit oil is rich in palmitoleic acid (POA), which has been reported to play roles in many metabolic processes. In this study, a sea buckthorn fruit oil (SBFO) extract was evaluated through in vitro experiments (the doses were 50, 100, 200, and 400 μM) and in vivo experiments (the doses were 100, 200, and 300 mg/kg·day) to explore its mechanism of action in the treatment of type 2 diabetes mellitus (T2DM). The results revealed that the SBFO extract effectively increased the glucose uptake from 12.23 ± 1.09 to 14.90 ± 1.48 mmol/L in insulin resistance (IR) HepG2 cells, lowered blood glucose (the reductions rates of blood glucose in groups treated with SBFO extract at 200 and 300 mg/kg·day were 10.47% and 13.79%, respectively) and improved insulin indices from -6.11 ± 0.10 to -5.45 ± 0.31 after 4 weeks treatment with SBFO extract at 300 mg/kg·day in T2DM SD rats. RT-PCR and Western blotting analyses suggested that the SBFO extract could promote the expression of phosphatidylinositol-3-kinase (PI3K) and glycogen synthesis (GS) while inhibiting the expression of glycogen synthesis kinase-3β (GSK-3β). Thus, the SBFO extract played a positive role in alleviating T2DM through the PI3K/Akt signaling pathway in HepG2 cells, and diabetic rats and could be used for the future development of functional food and dietary supplements.

Zheng-Cai Lou,  Zi-Han Lou,  Qing-Ping Zhang (2012)
The purposes of this study were to determine the factors involved in the spontaneous healing and to profile the various etiologies of traumatic tympanic membrane (TM) perforation.