Chord language and theory of everything 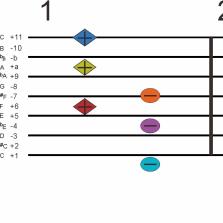 Chord language is the natural (physical, mathematical) coding language of time-space and life. In chord language, music, painting, life, physics and other disciplines depend on each other. It can be expressed by chord mathematics. It should be the theoretical feature of all things.

Music and painting are the most common chord language phenomena. In chord mathematics, the two are reverse-mirror relations, respectively expressing: time and space. Can directly present the nature and relationship of time-space.

The chord language is an ancient knowledge system, and its mathematical model can be traced back to the Pythagorean law of ancient Greece, gradually perfected by musicians of all ages. The chord geometry can be observed in chord painting: open string, closed string, Membrane string, which is predicted by string theory. Meridian (Oriental Ancient Medicine) observes the positive-negative (yin-yang) coding rules of chord language: they form the basis for observation and verification of chord language.