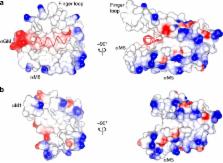 Co-translational protein targeting is an essential, evolutionarily conserved pathway for delivering nascent proteins to the proper cellular membrane. In this pathway, the signal recognition particle (SRP) first recognizes the N-terminal signal sequence of nascent proteins and subsequently interacts with the SRP receptor. For this, signal sequence binding in the SRP54 M domain must be effectively communicated to the SRP54 NG domain that interacts with the receptor. Here we present the 2.9 Å crystal structure of unbound- and signal sequence bound SRP forms, both present in the asymmetric unit. The structures provide evidence for a coupled binding and folding mechanism in which signal sequence binding induces the concerted folding of the GM linker helix, the finger loop, and the C-terminal alpha helix αM6. This mechanism allows for a high degree of structural adaptability of the binding site and suggests how signal sequence binding in the M domain is coupled to repositioning of the NG domain. 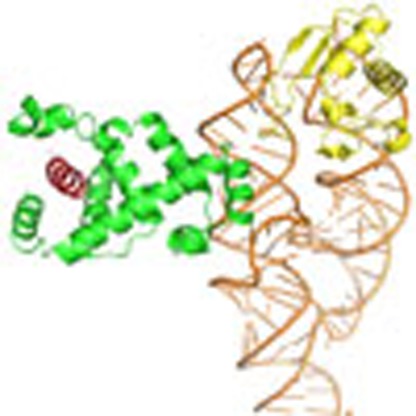 The signal recognition particle plays a key role in the co-translational protein targeting of membrane and secretory proteins. Here the authors report a crystal structure of the ternary SRP complex in signal sequence bound and unbound forms, providing insight into how signal sequence binding is coupled to SRP receptor interaction.

Features and development of Coot