Omalizumab, an anti-immunoglobulin E antibody: state of the art 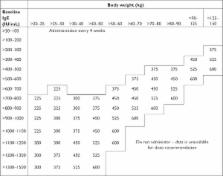 A large number of trials show that the anti-immunoglobulin (Ig) E antibody omalizumab is very effective in patients with severe allergic asthma. This is acknowledged in consensus documents. The drug also has a good safety profile and a pharmacoeconomic advantage due to a reduction in the number of hospitalizations for asthma attacks. In recent years, some studies have shown that omalizumab is effective also in nonallergic asthma. Effects on the complex signaling mechanisms leading to activation of effector cells and to mediator release may account for this outcome. Indeed, omalizumab has been reported to be effective in a number of IgE-mediated and non-IgE-mediated disorders. Concerning the former, clinical efficacy has been observed in rhinitis, allergic bronchopulmonary aspergillosis, latex allergy, atopic dermatitis, allergic urticaria, and anaphylaxis. In addition, omalizumab has been demonstrated to be able to prevent systemic reactions to allergen immunotherapy, thus enabling completion of treatment in patients who otherwise would have to stop it. Concerning non-IgE-mediated disorders, omalizumab has been reported to be effective in nasal polyposis, autoimmune urticaria, chronic idiopathic urticaria, physical urticaria, idiopathic angioedema, and mastocytosis. Current indications for treatment with omalizumab are confined to severe allergic asthma. Consequently, any other prescription can only be off-label. However, it is reasonable to expect that the use of omalizumab will be approved for particularly important indications, such as anaphylaxis, in the near future.

Fatalities due to anaphylactic reactions to foods.

César Ríos-Muñoz,  Andrew S. Bock,  John H. Sampson … (2000)
Fatal anaphylactic reactions to foods are continuing to occur, and better characterization might lead to better prevention. The objective of this report is to document the ongoing deaths and characterize these fatalities. We analyzed 32 fatal cases reported to a national registry, which was established by the American Academy of Allergy, Asthma, and Immunology, with the assistance of the Food Allergy and Anaphylaxis Network, and for which adequate data could be collected. Data were collected from multiple sources including a structured questionnaire, which was used to determine the cause of death and associated factors. The 32 individuals could be divided into 2 groups. Group 1 had sufficient data to identify peanut as the responsible food in 14 (67%) and tree nuts in 7 (33%) of cases. In group 2 subjects, 6 (55%) of the fatalities were probably due to peanut, 3 (27%) to tree nuts, and the other 2 cases were probably due to milk and fish (1 [9%] each). The sexes were equally affected; most victims were adolescents or young adults, and all but 1 subject were known to have food allergy before the fatal event. In those subjects for whom data were available, all but 1 was known to have asthma, and most of these individuals did not have epinephrine available at the time of their fatal reaction. Fatalities due to ingestion of allergenic foods in susceptible individuals remain a major health problem. In this series, peanuts and tree nuts accounted for more than 90% of the fatalities. Improved education of the profession, allergic individuals, and the public will be necessary to stop these tragedies.

Randomized trial of omalizumab (anti-IgE) for asthma in inner-city children.

F Steinbach,  Christine A Sorkness,  James F Chmiel … (2011)
Research has underscored the effects of exposure and sensitization to allergens on the severity of asthma in inner-city children. It has also revealed the limitations of environmental remediation and guidelines-based therapy in achieving greater disease control. We enrolled inner-city children, adolescents, and young adults with persistent asthma in a randomized, double-blind, placebo-controlled, parallel-group trial at multiple centers to assess the effectiveness of omalizumab, as compared with placebo, when added to guidelines-based therapy. The trial was conducted for 60 weeks, and the primary outcome was symptoms of asthma. Among 419 participants who underwent randomization (at which point 73% had moderate or severe disease), omalizumab as compared with placebo significantly reduced the number of days with asthma symptoms, from 1.96 to 1.48 days per 2-week interval, a 24.5% decrease (P<0.001). Similarly, omalizumab significantly reduced the proportion of participants who had one or more exacerbations from 48.8 to 30.3% (P<0.001). Improvements occurred with omalizumab despite reductions in the use of inhaled glucocorticoids and long-acting beta-agonists. When added to a regimen of guidelines-based therapy for inner-city children, adolescents, and young adults, omalizumab further improved asthma control, nearly eliminated seasonal peaks in exacerbations, and reduced the need for other medications to control asthma. (Funded by the National Institute of Allergy and Infectious Diseases and Novartis; ClinicalTrials.gov number, NCT00377572.).

Omalizumab for the treatment of chronic idiopathic or spontaneous urticaria.

Marcus Maurer,  Karin Rosén,  Hsin-Ju Hsieh … (2013)
Many patients with chronic idiopathic urticaria (also called chronic spontaneous urticaria) do not have a response to therapy with H-antihistamines, even at high doses. In phase 2 trials, omalizumab, an anti-IgE monoclonal antibody [corrected] that targets IgE and affects mast-cell and basophil function, has shown efficacy in such patients. In this phase 3, multicenter, randomized, double-blind study, we evaluated the efficacy and safety of omalizumab in patients with moderate-to-severe chronic idiopathic urticaria who remained symptomatic despite H-antihistamine therapy (licensed doses). We randomly assigned 323 patients to receive three subcutaneous injections, spaced 4 weeks apart, of omalizumab at doses of 75 mg, 150 mg, or 300 mg or placebo, followed by a 16-week observation period. The primary efficacy outcome was the change from baseline in a weekly itch-severity score (ranging from 0 to 21, with higher scores indicating more severe itching). The baseline weekly itch-severity score was approximately 14 in all four study groups. At week 12, the mean (±SD) change from baseline in the weekly itch-severity score was -5.1±5.6 in the placebo group, -5.9±6.5 in the 75-mg group (P=0.46), -8.1±6.4 in the 150-mg group (P=0.001), and -9.8±6.0 in the 300-mg group (P<0.001). Most prespecified secondary outcomes at week 12 showed similar dose-dependent effects. The frequency of adverse events was similar across groups. The frequency of serious adverse events was low, although the rate was higher in the 300-mg group (6%) than in the placebo group (3%) or in either the 75-mg or 150-mg group (1% for each). Omalizumab diminished clinical symptoms and signs of chronic idiopathic urticaria in patients who had remained symptomatic despite the use of approved doses of H-antihistamines. (Funded by Genentech and Novartis Pharma; ClinicalTrials.gov number, NCT01292473.).