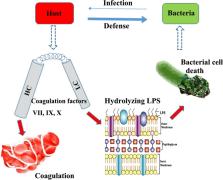 Discovery, research, and development of new antibiotics: the WHO priority list of antibiotic-resistant bacteria and tuberculosis

Eric Brown,  Gerard D. Wright (2016)
The looming antibiotic-resistance crisis has penetrated the consciousness of clinicians, researchers, policymakers, politicians and the public at large. The evolution and widespread distribution of antibiotic-resistance elements in bacterial pathogens has made diseases that were once easily treatable deadly again. Unfortunately, accompanying the rise in global resistance is a failure in antibacterial drug discovery. Lessons from the history of antibiotic discovery and fresh understanding of antibiotic action and the cell biology of microorganisms have the potential to deliver twenty-first century medicines that are able to control infection in the resistance era.