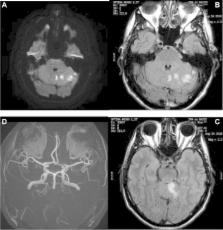 A randomized study of remote follow-up of implantable cardioverter defibrillators: safety and efficacy report of the ECOST trial

Laurence Guédon-Moreau,  Dominique Lacroix,  Nicolas Sadoul … (2012)
Aims The ECOST trial examined prospectively the long-term safety and effectiveness of home monitoring (HM) of implantable cardioverter defibrillators (ICD). Methods and results The trial's primary objective was to randomly compare the proportions of patients experiencing ≥1 major adverse event (MAE), including deaths from all causes, and cardiovascular, procedure-related, and device-related MAE associated with HM (active group) vs. ambulatory follow-ups (control group) in a sample of 433 patients. The 221 patients assigned to the active group were seen once a year, unless HM reported an ICD dysfunction or a clinical event requiring an ambulatory visit, while the 212 patients in the control group underwent ambulatory visits every 6 months. The characteristics of the study groups were similar. Over a follow-up of 24.2 months, 38.5% of patients in the active and 41.5% in the control group experienced ≥1 MAE (P < 0.05 for non-inferiority). The overall number of shocks delivered was significantly lower in the active (n = 193) than in the control (n = 657) group (P < 0.05) and the proportion of patients who received inappropriate shocks was 52% lower in the active (n = 11) than in the control (n = 22) group (P < 0.05). At the end of the follow-up, the battery longevity was longer in the active group because of a lower number of capacitor charges (499 vs. 2081). Conclusion Our observations indicate that long-term HM of ICD is at least as safe as standard ambulatory follow-ups with respect to a broad spectrum of MAE. It also lowered significantly the number of appropriate and inappropriate shocks delivered, and spared the device battery. Clinical trials registration NCT00989417.