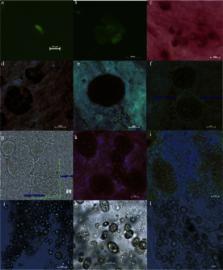 Development of an in vitro Eimeria (E.) tenella model could be valuable as a tool for vaccine, coccidiostats or molecular biology research. 1.0 × 104 sporozoites per 0.1 mL were inoculated into the allantoic cavity of ten-day-old chicken embryos. The complete lifecycle of E. tenella was accomplished in eight-nine days at 37 °C and 70% humidity. The addition of 100 U insulin to the embryos could remarkably improve the output of oocysts. The development of the parasite within the embryos was systematically observed, allowing guidelines to be set regarding the appropriate times at which different developmental stages of the parasite may be sampled.

The Eimeria genome projects: a sequence of events.

Q Zhao,  M. Han,  Bing Huang … (2010)
Avian coccidiosis, a major parasitic disease of poultry, is caused by Eimeria spp. infection. It inflicts severe economic losses on the poultry industry worldwide. To further understand the molecular basis of sporulation and invasion of Eimeria spp., suppression subtractive hybridization and microarray approaches were combined to identify novel and important genes involved in the development and invasion of the early stages of Eimeria tenella . Three subtractive cDNA libraries were constructed for 3 stages of E. tenella including unsporulated oocysts, sporulated oocysts, and sporozoites. A subset of clones was selected from the 3 subtractive libraries to construct cDNA microarrays. Microarray analysis was used to assay expression changes of these clones. A total of 657 valid expressed sequence tags (ESTs) was obtained, including 119 unique sequences, 31 from sporulated oocysts and 88 from sporozoites. Homology searches of the public sequence databases showed that, among the 119 ESTs, 32 genes encoded proteins homologous with previously reported proteins including microneme proteins and surface antigen proteins of E. tenella , small heat shock proteins, rhoptry proteins of Toxoplasma gondii , and calcium-dependent protein kinase of Plasmodium spp. Thus, the remaining 87 ESTs have not previously been reported. Further characterization of these differentially expressed genes will be useful in understanding those responsible for sporulation, invasion, growth, and development of E. tenella .

P Bedrník,  Janice Shirley (1997)
Avian coccidiosis, caused by parasites of the genus Eimeria, is a major disease of intensively reared poultry. Anticoccidial drugs, and vaccines based on live wild-type (virulent) parasites, have aided the management of coccidiosis, but the development of vaccines based on live attenuated parasites has been a significant advance. Here, Martin Shirley and Petr Bedrník explain the basis of these recent vaccines and discuss their use.